Towards a bioengineered liver

Abstract: A critical shortage of donor organs for treating end-stage organ failure highlights the urgent need for generating organs from human induced pluripotent stem cells (iPSCs). Despite many reports describing functional cell differentiation, no studies have succeeded in generating a three-dimensional vascularized organ such as liver. Here we show the generation of vascularized and functional human liver from human iPSCs by transplantation of liver buds created in vitro (iPSC-LBs). Specified hepatic cells (immature endodermal cells destined to track the hepatic cell fate) self-organized into three-dimensional iPSC-LBs by recapitulating organogenetic interactions between endothelial and mesenchymal cells. Immunostaining and gene-expression analyses revealed a resemblance between in vitro grown iPSC-LBs and in vivo liver buds. Human vasculatures in iPSC-LB transplants became functional by connecting to the host vessels within 48hours. The formation of functional vasculatures stimulated the maturation of iPSC-LBs into tissue resembling the adult liver. Highly metabolic iPSC-derived tissue performed liver-specific functions such as protein production and human-specific drug metabolism without recipient liver replacement. Furthermore, mesenteric transplantation of iPSC-LBs rescued the drug-induced lethal liver failure model. To our knowledge, this is the first report demonstrating the generation of a functional human organ from pluripotent stem cells. Although efforts must ensue to translate these techniques to treatments for patients, this proof-of-concept demonstration of organ-bud transplantation provides a promising new approach to study regenerative medicine.

Despite agreement that portal injections of mature hepatocytes are partially effective in patients with hereditary metabolic liver diseases [1], the goal of replacing liver transplantation with this technique remains far off. Low functioning hepatocyte availability, a 50% cell loss during the procedure and difficulties in getting transplanted hepatocytes to integrate into liver plates and proliferate are the main causes of failure. The injection of stem cells rather than mature hepatocytes has given interesting results in specific rodent models [2], but there have been few trials in humans. Strategies for replacing liver transplantation have recently focused on the in vitro construction of bio-engineered livers. Decellularization-recellularization techniques have yielded liver-like transplantable organoids in small animals [3], [4]. Much remains to be done, particularly concerning the cells used for repopulation, before this complex procedure can be applied to humans.

Until recently, it was generally believed that liver organogenesis could not be reproduced in vitro, for the construction of a new liver de novo. In this study, Takabe and coworkers from Yokohama City University were able to construct a liver in a Petri dish, by culturing hepatic endoderm cells derived from human iPSCs (iPSC-HEs) with human umbilical vein endothelial cells (HUVECs) and human mesenchymal stem cells (MSCs). The cells were plated in two-dimensional conditions, but the human iPSC-HEs self-organized into macroscopically visible, mechanically stable, manipulable, three-dimensional cell clusters — iPSC-derived liver buds (iPSC-LBs) — four to eight days after seeding. In vitro, cells in human iPSC-LBs expressed early hepatic marker genes and were more functional than the hepatocyte-like cells generated from hiPSCs according to conventional procedures [5], [6]. The FGF and BMP pathways, which play key roles in organogenesis, were upregulated when iPSC-HEs were co-cultured with HUVECs and MSCs. The entire process in the Petri dish closely resembled the development in vivo of liver buds from the foregut in human and mouse embryos. Human iPSC-LBs were transplanted into ectopic sites in immunodeficient mice, in which they grew and divided. Using the cranial window model, the authors observed the development of a human vasculature within the iPSC-LBs. Human blood vessels within the transplant became patent by connecting to the vessels of the mouse host at the edge of the transplant within 48h of transplantation, resulting in a vascularized organoid. Two months later, the organoid had a vascular network, including sinusoids and hepatic cord organization with tight junctions. Most of the cells in the transplanted iPSC-LBs had developed into fully mature hepatocytes, with only a small percentage retaining fetal characteristics. Metabolic studies in mice with cranial windows or capsular iPSC-LB transplants, with drugs metabolized by different pathways in mice and humans, confirmed the appropriate functioning of transplanted human liver buds. Albumin production by hiPSC-LBs increased over time and was clearly stronger than that of human adult hepatocytes transplanted to the same sites. The functionality of a mesenteric transplant of hiPSC-LBs was further investigated in two models of acute liver failure in mice. In both models, hiPSC-LB transplantation significantly increased survival (Fig. 1). 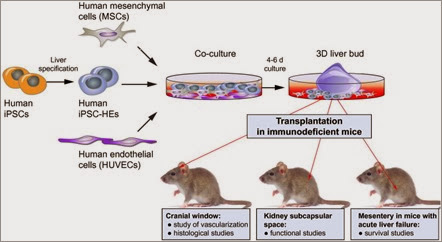 Fig. 1. General scheme of the experiments.

This constitutes a major breakthrough in the production of bioengineered livers. For the first time, a tiny, rudimentary liver has been generated from a few cells in a Petri dish, and the transplantation of this organoid ultimately protected mice against acute liver failure. The use of stromal cells to coax iPS-HEs into appropriate differentiation appears to be the key to obtaining the correct three-dimensional organization, maturation of cells and vascularization. Of course, much remains to be done to improve bud quality before this technique could be applied in clinical practice. For example, the ultrastructural organization of the bud does not entirely reflect the lobular organization of a normal liver. There is also no development of an external bile tree, potentially resulting in the accumulation of bile acids, which might jeopardize the long-term functioning of the transplanted bud. It also remains unclear whether similar results could be obtained in larger animals. Above all, such buds cannot be transplanted orthotopically. The best indication might, therefore, be the treatment of hereditary metabolic liver diseases, in which the host liver can be left in place and a genetically corrected bud implanted in the mesentery [7]. Buds could also be used as a bridging technique in patients with cirrhosis on the waiting list for transplantation, but bud generation may take too long for use in patients with acute liver failure. In addition to potential clinical applications, this study provides important information about the types of cells most suitable for liver construction, which could be applied to the recellularization of scaffolds. This technique may also prove a formidable tool for pharmacological studies. It is just one of many new technologies emerging in medical sciences. A mixture of these techniques, undoubtedly including layer-by-layer 3D printing [8], will probably ultimately be required for the de novo bioengineering of livers.

The author declared that he does not have anything to disclose regarding funding or conflict of interest with respect to this manuscript.

Posted by Hepatitis C Research and News at 5:20 PM