Mother of the late Ryan White, the American teenager from Kokomo, Indiana, who, in the mid-1980s, was expelled from his Indiana middle school because he was HIV-positive, says Hershey School discrimination case, “brings back horrible memories of what Ryan had to go through.”

FT. LAUDERDALE, Fla., Mar 20, 2012 (BUSINESS WIRE) -- --On December 1st, 2011 (the 24th observation of World AIDS Day) the Hershey Trust’s Milton Hershey School was sued in federal court for rejecting an otherwise qualified 13-year-old boy due to his HIV-positive status; today--almost 22 years after her own son died--White Ginder believes the Hershey School situation offers, “...an opportunity to educate Hershey to do the right thing and lead by example.”

Jeanne White Ginder, the mother of the late Ryan White, the American teenager from Kokomo, Indiana, who, in the mid-1980s, was expelled from his Indiana middle school because he was HIV-positive, is speaking out today against a present day case of HIV/AIDS discrimination by school administrators at Pennsylvania’s prestigious Milton Hershey School--discrimination that bears a striking resemblance to the ordeal that her own son and family had to endure 27 years ago.

On December 1st, 2011 (the 24th observation of World AIDS Day) the Hershey Trust’s Milton Hershey School was sued in federal court for rejecting an otherwise qualified 13-year-old boy due to his HIV-positive status misguidedly calling him a “direct threat to the health and safety of others.”

Today--almost 22 years after her own son died of AIDS-related complications--White Ginder believes the Hershey School situation offers an important opportunity to speak out against such discrimination and to educate Hershey and the community-at-large about the wrongheadedness of such prejudice.

“This April 8th--Easter Sunday--will mark twenty-two years since my son Ryan passed away after his truly courageous battle with AIDS--and our family’s battle with the discrimination, fear-mongering and misinformation it fostered in Indiana and across America back in the earliest days of the epidemic,” said Jeanne White Ginder in a statement from Florida, where she now lives. “The news that in this day and age, the Milton Hershey School rejected an otherwise qualified 13-year-old boy due to his HIV-positive status brings back horrible memories of what Ryan had to go through twenty-seven years ago when all he wanted to do was simply to go back to school. I am truly saddened by the discrimination and ignorance shown today by administrators at the Hershey School and the three Board Members who sit on both the school and the chocolate company’s Board of Directors; however, in honor of Ryan’s indomitable spirit, I have to look at this situation as an opportunity to educate Hershey to do the right thing and lead by example. Hershey--both the school and the chocolate company--should apologize and denounce its rejection of the boy as unfounded and discriminatory and really step up to the plate to educate both their staffs and the public-at-large about the realities of HIV/AIDS.”

Shortly after news broke just before World AIDS Day 2011 about the Hershey School’s rejection of the HIV-positive boy, AIDS Healthcare Foundation (AHF) hosted a press conference in Washington, D.C., to announce the launch of a campaign against HIV/AIDS discrimination at Hershey School in Pennsylvania and in support of the federal discrimination lawsuit filed on behalf of a 13-year-old boy who was rejected for admission at Hershey explicitly due to his HIV-positive status. At the event, AHF announced it was going to contribute up to $50,000 to support a lawsuit filed by AIDS Law Project of Pennsylvania on behalf of the boy.

According to the Associated Press (claim:Hershey School Rejects HIV-Positive Pa. Boy)(claim:By Peter Jackson)(claim:12/1/11): “A private boarding school connected with the Hershey chocolate company says it was trying to protect other students when it denied admission to a Philadelphia-area teenager because he is HIV-positive. The AIDS Law Project of Pennsylvania filed a lawsuit on behalf of the unidentified boy in U.S. District Court in Philadelphia on Wednesday, claiming the Milton Hershey School for disadvantaged students violated the Americans with Disabilities Act. School officials acknowledged that the 13-year-old boy was denied admission because of his medical condition. They said they believed it was necessary to protect the health and safety of the 1,850 others enrolled in the residential institution, which serves children in pre-kindergarten to 12th grade and where students live in homes with 10 to 12 others.”

“The ignorance displayed by the Hershey School’s leadership is unacceptable and demonstrates just how much work there is still to be done to dismantle the fear and misinformation that still surrounds this disease more than 25 years after Ryan White,” said Michael Weinstein, President of AIDS Healthcare Foundation.

Ryan White was an American teenager from Kokomo, Indiana who, in the mid-1980s, was expelled from middle school because he was HIV-positive. A lengthy legal battle with the school ensued and White became a galvanizing force in educating the country about HIV & AIDS at a time when misinformation about the disease was widespread. After his death in 1990, the U.S. Congress passed a major piece of legislation named in his honor, the Ryan White CARE Act, which provides funding for HIV/AIDS programs for low-income American.

AHF has also launched a website www.EndHIVStigma.org where the public can learn more about the Hershey School case, learn the facts about HIV/AIDS and send e-letters to three Hershey Company board members who also sit on the board of the Milton Hershey School Trust.

Posted by Hepatitis C Research and News at 6:21 PM No comments: 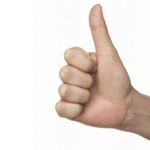 The National Institute for Health and Clinical Excellence (NICE) has issued final draft guidance recommending Janssen Cilag's Incivo (telaprevir), in combination with peginterferon alfa and ribavirin, as an option for the treatment of genotype 1 chronic hepatitis C in adults with compensated liver disease.

The final guidance recommends the drug as an option for the treatment of such patients who are previously untreated or in whom previous treatment with peginteron alfa and ribavirin has failed, including people whose condition has relapsed, partially responded or did not respond.

Commenting on the draft recommendations, Meindert Boysen, programme director for technology appraisals at NICE, pointed out that chronic hepatitis C can have a significant impact on quality of life, particularly if it progresses to the fibrosis and cirrhosis stages.

NICE says its independent appraisal committee had heard that the current treatment regimen for chronic hepatitis C is often lengthy and that the side effects of treatment themselves can have a significant impact on daily life.

"The significant improvement in sustained virological response rates seen with telaprevir plus peginterferon alfa and ribavirin compared with peginterferon alfa and ribavirin alone, and its potential for shortening the treatment time from the full 48-week course needed for a virological response, therefore represents a major benefit for people with chronic hepatitis C," said Mr Boysen.

NICE is “pleased to be able to recommend teleprevir as a cost-effective use of NHS resources" alongside the final draft guidance also issued this month for Merck Sharp & Dohme's Victrelis (boceprevir), he added.

This latter final draft also recommends Victrelis, in combination with peginterferon alfa and ribavirin, as an option for the treatment of genotype 1 chronic hepatitis C in adults with compensated liver disease.

Graham Foster, professor of hepatology at Barts and the London School of Medicine and Dentistry, welcomed NICE’s positive recommendation for Incivo’s clinical and cost-effectiveness. "We have approved new treatments which significantly increase these patients' chances of clearing the virus and offers some patients a shorter treatment duration. We must now ensure that patients are in a position to access the new antiviral treatments which offer them a very good chance of clearing the virus,” said Prof Foster.

- Figures from 2009 suggest that around 146,000 people were chronically infected with the hepatitis C virus. Genotype 1 is the most common subtype of hepatitis C in England and Wales, affecting 40%-50% of people with hepatitis, and is the most resistant to treatment. Poor diagnosis and compliance rates and a high annual incidence of new infection mean that chronic hepatitis C presents a major public health challenge, despite the availability of treatments that provide the opportunity to address this challenge, says NICE.

Posted by Hepatitis C Research and News at 8:27 AM No comments: