Different causes of liver disease may have the same outcome 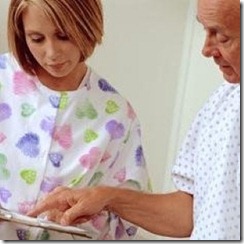 A number of different problems can afflict the liver, some infectious, others caused by environment. This means that many people should consider live panel testing, as large numbers of individuals may be at risk.

Hepatitis C infection is one of the leading causes of liver disease. This virus can be transmitted during sexual intercourse or by sharing needles. There is currently no cure for the infection, which primarily attacks the liver.

Other causes are the result of environmental factors. The number of people who experience non-alcoholic fatty liver disease has grown exponentially in recent years as the obesity epidemic has worsened.

According to the Mayo Clinic, this condition is the result of fatty deposits in the liver that can cause scarring, which diminishes the functioning of the liver. Overweight individuals face the greatest risk from this condition.

In many cases, these conditions can lead to cirrhosis, a very serious-stage liver condition that may eventually lead to total failure of the organ. This is why it is important for individuals who have risk factors for hepatitis infection or fatty liver disease to consider liver panel testing. 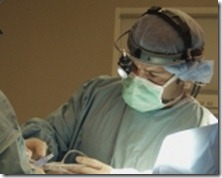 A study of medical records over a nine-year period revealed that general anesthesia was associated with fewer recurrence of tumors in liver cancer.

But despite the difference, there was no significant difference in mortality between the two groups.

A group from China studied whether anesthetic technique made any difference in a specialized surgery known as radiofrequency ablation, where surgeons use radio waves rather than scalpels to destroy tumors. Radiofrequency ablation may be used for surgery in difficult areas to access, or when a minimally invasive technique is preferred.

Documented by Renchun Lai, M.D., of Sun Yat-Sen University Cancer Center in Guangzhou, the recurrence of liver tumors was lower in patients who had regional anesthesia instead of general anesthesia.

The authors of the study called for randomized clinical trials to investigate further for the true cause of the relationship between anesthesia use and reduced tumor recurrence. Theories ranged from a direct effect of the anesthesia on the tumor cells or even the immune system itself, but the finding could reflect decisions by surgeons on which anesthesia to use on a case by case basis.

"Such retrospective studies are very difficult to interpret because it is impossible to understand what risk factors were not evenly distributed among the patients," commented Steven L. Shafer, M.D., of Columbia University, Editor-in-Chief of Anesthesia & Analgesia.

Other professionals believed that the anesthesia itself could be the cause. "There is overwhelming mechanistic support for regional analgesia protecting against cancer recurrence, along with strong animal data," commented Daniel I. Sessler, M.D., chair of Outcomes Research at The Cleveland Clinic.

"We and others have published both positive and negative retrospective studies. But all are small and suffer all the substantial limitations of observational analyses. Resolution of the question will have to await the results of randomized trials, including ours."

A separate study published in 2005 found that the costs of regional and general anesthesia were similar overall, with some variations of 10 percent in either direction depending on the characteristics of the individual surgery.

Results were published in the journal Anesthesia & Analgesia. Authors of the study declared no conflict of interest.

The American Cancer Society estimates that there are over 26,000 new cases of primary liver cancer and bile duct cancer in the United States each year, and they are responsible for over 19,000 deaths. The average man has about a 1% chance of developing this cancer over his lifetime, while the average woman has about a half percent chance.

Primary liver cancer most commonly includes hepatocellular carcinoma (HCC) and can coexist with cholangiocarcinoma, a cancer of the bile ducts between the liver and gall bladder. It is important to note that most cases of cancer in the liver are metastases from other cancers, such as those from the colon, breast, or prostate. Primary liver cancers begin in the liver itself. Other less common forms of primary liver cancer include angiosarcomas and hemangiosarcomas (cancers that begin in the blood vessels of the liver), lymphoma of the liver, and hepatoblastoma (a rare pediatric cancer usually occurring in children under three years of age). There are also several variants of benign liver tumors. Hepatocellular adenomas (a benign liver tumor associated with oral contraceptive use and glycogen storage disease) must be watched closely, as they have a potential to turn cancerous.

Hepatocellular carcinoma, the most common form of liver cancer, is strongly associated with infection by chronic hepatitis B and C. These infections cause liver cancer more often in Asian and African countries where hepatitis viruses are endemic and people acquire the disease early in their life.

Cases of liver cancer in the United States have tripled over the past three decades. While the most common cause of liver cancer used to be from alcohol abuse and the resulting cirrhosis of the liver, hepatitis C infection is now a leading cause. Obesity, particularly fatty liver disease, is also implicated. Other causes include hemochromatosis (a disease that causes the body to store too much iron), high exposure to aflatoxins (a mold found in peanuts, rice, soybeans and corn; rare in developed countries), and Type 2 diabetes.

Symptoms of HCC usually present with classic signs of liver dysfunction such as jaundice (yellowing of the skin due to too much bilirubin), bruising and blood clotting problems (due to the liver making the clotting factors in our blood), and ascites (fluid buildup in the abdomen from liver dysfunction). Other general symptoms include nausea, fatigue, vomiting, and unintentional weight loss.

In patients who are at high risk for HCC, screening is usually done with ultrasound and CT scan, as well as MRI. While there is no reliable blood test for liver cancer screening, a high level of alpha-fetoprotein (AFP) should be considered suspicious for liver cancer. Liver biopsy is also done, although this is not necessary for diagnosis if imaging is definitive.

Treatment for HCC is difficult, as many patients with liver cancer also have damaged livers from cirrhosis. Treatment must be balanced between treating the cancer and also mitigating the risk of liver failure. Early stage cancer has the potential for surgical removal, however most cases of liver cancer are discovered when they are advanced, making surgery difficult. Other treatments are dependent on the size and location of the tumors, such as ethanol injection into the tumor (small tumors), radiofrequency ablation (using high-frequency radiowaves to destroy the tumor), transcatheter arterial chemoembolization (cuts off the blood supply to unresectable tumors), and cryosurgery (destroying cancerous tissue with subzero temperatures). Liver transplantation is a relatively successful option for patients without metastatic spread. Sorafenib (marketed as Nexavar) is a tyrosine kinase inhibitor that has shown efficacy in treating HCC.

Prevention of liver cancer is extremely effective if vaccinated against hepatitis B. Avoidance of alcohol abuse is also effective. Other patients with different causes of cirrhosis or chronic liver inflammation will benefit from routine ultrasound screening and AFP measurements in the hope of detecting cancer early.

Posted by Hepatitis C Research and News at 9:32 AM No comments:

Are You a Recovering Alcoholic?

Hello and welcome. I'm Dr. George Lundberg and this is At Large at MedPage Today.

Are you a recovering alcoholic?

How about a recovering nicotine addict, or recovering from an addiction to some illegal drug, or maybe addiction to gambling, or sex, or football, or even your computer screen, or Angry Birds?

I have worked in the addiction field most of my professional life. See here www.plndp.org. For me, addiction to a chemical includes physical and mental dependence, tolerance, withdrawal, and, of course, drug seeking behavior, despite recognized adverse consequences of use. This kind of chemical addiction is forever; it does not go away.

So, I was excited to see that the Substance Abuse and Mental Health Services Administration (SAMHSA), after many months of study, hearings, and input from thousands, on Dec. 22, 2011, issued a new working definition of "recovery" from mental disorders and substance use disorders.
SAMHSA defines "recovery" as a "process of change through which individuals improve their health and wellness, live a self-directed life, and strive to reach their full potential."

The new SAMHSA guiding principles state that recovery:
Duh! Please forgive me for being underwhelmed.

Do you like apple pie? Is motherhood good? It seems to me that both this definition and the guiding principles simply describe how to live a successful human life.

How do these statements advance our knowledge about anything, clarify misunderstandings, chart a path for patients and professionals, or guide payers?

I guess the problem was their very process of writing a definition; too many cooks in the kitchen.

Suggestion for SAMHSA: acknowledge that you have nicely described how normal humans should try to live. Fine. Now try to deal with recovery from disorders of mental health, substance abuse, and addiction.

Maybe you need to divide the topics instead of creating an unhelpful, one-size-fits-all amorphous lump.


George Lundberg, MD, helps shape the coverage of clinically relevant news at MedPage Today as Editor-at-Large. Dr. Lundberg also serves as president of the Lundberg Institute, and is a consulting professor of pathology and health research policy at Stanford University School of Medicine. He is a member of the Institute of Medicine (IOM) and serves on the Board of Directors of the Friends of the National Library of Medicine. Dr. Lundberg's editorial work is marked by his distinguished 17-year stint as Editor-in-Chief of the Journal of the American Medical Association (JAMA) and its Archives publications. Most recently he served as Editor-in-Chief of The Medscape Journal of Medicine, the original open-access general medical journal, and Editor-in-Chief of eMedicine at WebMD.
Source
Posted by Hepatitis C Research and News at 9:18 AM No comments: