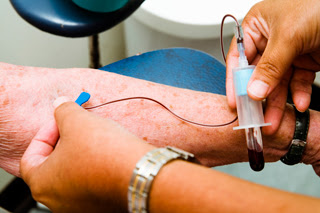 Assuming treatment with pegylated interferon and ribavirin would prevent an estimated 121,000 deaths at a cost of $35,700 per QALY, still well within the generally accepted range for cost effectiveness.

The findings were reported simultaneously here at the American Association for the Study of Liver Diseases meeting and online in Annals of Internal Medicine.

"Without new case identification strategies, the adverse consequences of chronic HCV infection are forecasted to result in an increasing public health burden over the next two decades," David P. Rein, PhD, of the National Opinion Research Center at the University of Chicago, and co-authors wrote in conclusion.

"Birth-cohort screening appears to be a reasonable strategy to identify asymptomatic cases of HCV," they added.

More than four million Americans have antibodies to HCV, which leads to chronic infection in about 75% of cases. HCV infection occurs most often in adults born between 1945 and 1965, most of whom acquire infection 20 to 40 years before diagnosis, the authors wrote in their introduction.

Estimates of HCV-related mortality ranged between 7,000 and 13,000 deaths in 2005. Without changes in the current approach to case identification, the number of HCV deaths will increase to 35,000 a year by 2030, the authors continued.

The CDC recommends antibody testing for individuals with a history of behaviors, exposures, or health indicators associated with HCV infection (such as intravenous drug use and hemodialysis). Even so, as many as 50% of HCV-infected individuals may be unaware of their status, the authors wrote.

Expanding screening recommendations to the birth cohort covering 1945 to 1965 offers one potential means to increase detection and treatment of HCV infection. Such a strategy would increase healthcare costs, but whether the additional cost would offset potential benefits of expanded screening is unclear.

To address the issue, Rein and colleagues performed an analysis based on data derived from the National Health and Nutrition Examination Survey, census data, Medicare reimbursement information, and published sources.

The analytic model included the estimated cost of HCV testing in the 67 million Americans born from 1945 through 1965 who had at least one visit to a primary care provider in 2006. The authors also calculated the lifetime cost of treating the estimated 2.4 million patients with HCV-positive test results, illness-related lost productivity, increased loss of QALYs, and other relevant factors.

Expanding the definition of treatment to consist of a direct-acting antiviral, pegylated interferon, and ribavirin results in an additional 532,200 QALYs gained at a cost of $19 billion and an ICER of $35,700 per QALY saved.

Sensitivity analysis yielded a stable ICER that was most sensitive to discounting and QALY losses assigned to disease states, the authors wrote.

Acknowledging limitations of their analysis, Rein and colleagues cited a scarcity of empirical data on screening and treatment with a direct-acting antiviral in real-world clinical settings. Nonetheless, they concluded, "birth-cohort screening for HCV in primary-care settings was highly cost-effective."

The authors had no relevant disclosures.

Source
Posted by Hepatitis C Research and News at 4:02 PM No comments:

"A lot of work has focused on depression, and not to the decrements in cognitive function," said Dr. Weiss. A host of neuropsychiatric symptoms should be considered when initiating a new treatment.

"In this era of direct-acting antivirals, when we're asking patients to take medications 3 times a day (every 6 to 9 hours)..., we need to be aware that, just at baseline, 40% to 50% of patients...[have] substantial deficits in cognitive functioning."

This investigation established the degree of neurocognitive decline during the first 12 and 48 weeks of treatment. Both HCV-infected and HCV/HIV-coinfected patients were evaluated. Neuropsychological instruments were used to explore which domains of cognitive functioning are most affected by combination pegylated interferon/ribavirin treatment, and whether being coinfected with HIV adds to the decrements in cognitive functioning.

There were no significant differences at baseline between the HCV-infected and HCV/HIV-coinfected cohorts for age, sex distribution, ethnicity, HCV RNA viral load, HCV genotype, or stage of liver disease. There were also no differences between the 2 groups at baseline for neuropsychological scores. However, although the same percentage of patients in the HCV and HCV/HIV cohorts reported depression, HCV patients had significantly worse depression scores.

After treatment, global neuropsychological function declined significantly in HCV patients during the first 24 weeks of HCV treatment. Domains with the greatest declines were memory, executive function, and motor function. "The HCV monoinfected group also had a greater decline in neuropsychological function than the coinfected group in the first 12 weeks," said Dr. Weiss. "This is probably due to more depression among HCV patients at baseline."

How a patient's declining neuropsychological function affects their behavior is key, and can depend on clinical history, Dr. Weiss explained. "Patients who have a history of cognitive dysfunction might respond less to the onset of new symptoms. Patients with a significant pathology who are already well engaged in psychiatric treatment tend to do quite well on [antiretroviral] treatment because they are familiar with the symptoms and are being well managed." Those who are high functioning at baseline will have more trouble; to be successfully managed, the healthcare provider must be aware of the potential for central nervous system (CNS)-related treatment nonadherence.

CNS and the Hepatologist

Raymond T. Chung, MD, vice chief of the gastrointestinal unit and medical director of the liver transplant program at Massachusetts General Hospital in Boston, agrees that the hepatologist must be part psychiatrist. "We field these patients rather then pass them off since there can often be overlap with true advanced hepatic disease and hepatic encephalopathy."

He is mindful of the potential impact of HCV medications. "It has been a modest issue with both HCV/HIV and HCV alone." Symptoms are often called "brain fog," Dr. Chung explained. "This fog does get in the way, in high-functioning individuals, of their ability to carry out intricate calculative functions and memory at work, for instance." It would not be surprising for such a patient to become frustrated and consider forgoing medication, he observed.

Dr. Chung considers the issue manageable if it is proactively addressed. However, like many clinicians at the meeting, he's looking more toward preventing than managing adverse effects by eliminating pegylated interferon from standard HCV treatment.

Dr. Weiss reports being a consultant for Vertex Pharmaceuticals and Kadmon Pharmaceuticals. Dr. Chung has disclosed no relevant financial relationships.

Source
Posted by Hepatitis C Research and News at 3:45 PM No comments:

The analysis involved 362 treatment-naïve patients with HCV genotype 1. In the cohort, 52% were male, 98% were white, 85% had an HCV RNA viral load of at least 800,000 IU/mL at baseline, 39% had HCV genotype 1a, 10% showed evidence of compensated cirrhosis, and 26% carried the interleukin (IL)28B polymorphism C/C genotype.

The 5 treatment groups, which all received BI35 120 mg once daily, were:

"Having 2 investigational compounds in 1 trial is a bit unusual," noted Federico Mensa, MD, from the division of clinical research in virology at Boehringer Ingelheim Pharmaceuticals in Ridgefield, Connecticut.

"The idea is to take interferon out of the regimen equation. That treatment is associated with so many adverse events that many patients don't even want to start treatment," Dr. Mensa noted. It's thought that the combination of 2 of the so-called direct-acting antiviral agents will also prevent the emergence of resistance prior to sustained virologic response, he added.

The interim analysis was performed after all patients completed 12 weeks of treatment. Data for the 238 patients in the 16-week and 28-week thrice-daily groups were combined, since those patients received the same treatment for the first 12 weeks.

Results at week 4 show that response to antiviral treatment (HCV RNA viral load below the lower limit of quantification) ranged from 88% for the thrice-daily groups to 72% for the no-ribavirin group.

At week 12, responses ranged from 76% for the twice-daily group to 57% for the no-ribavirin group.

Virologic breakthrough at 12 weeks occurred in 13.4%, 20.5%, and 32.6% of patients in the twice-daily, thrice-daily, and no-ribavirin groups, respectively.

"Viral response rates at 12 weeks of up to 76% were comparable to complete early virologic responses achieved with first-generation protease inhibitors plus pegylated interferon," said Dr. Mensa.

How do low response rates observed for patients with HCV genotype 1a, IL28B non-C/C stack up? "This is an important question. Right now my understanding is that we have not seen that data published — the response rates for genotype 1a patients with the unfavorable C/C IL28b variant are not available, to my knowledge, for boceprevir or telaprivir. So it is hard to make a comparison," said Dr. Mensa.

There were some early discontinuations recorded for reasons other than virologic failure, including adverse events and patients lost to follow-up — 17% in the thrice-daily groups, 6% in the twice-daily group, and 13% in the no-ribavirin group. The most common adverse events were mild to moderate gastrointestinal or skin events.

Discussions are ongoing regarding the treatment protocol for a planned phase 3 study using these agents.

What Took So Long?

"Clearly, the protease inhibitors have shot ahead of the nonnukes [polymerase inhibitors], especially because the structural chemistry was understood earlier," said David R. Nelson, MD, associate dean for clinical research in the division of gastroenterology, hepatology, and nutrition at the University of Florida College of Medicine in Gainesville. "Protease inhibitors have also been much more potent than the typical nonnukes. There were some in development prior to protease inhibitors, but the potency of these drugs early on is what limited clinical trial results."

Dr. Nelson is the lead investigator of the ZENITH trial, in which the polymerase inhibitor VX-222 (Vertex Pharmaceuticals) is being combined with the recently approved protease inhibitor telaprevir in a population of treatment-naïve patients infected with HCV genotype 1.

The ZENITH trial is looking at the efficacy and tolerability of VX-222, telaprevir, and ribavirin with and without pegylated interferon. Response rates for the pegylated-interferon-free group will be reported at the 2012 meeting of the European Association of the Study of the Liver.

Source
Posted by Hepatitis C Research and News at 3:40 PM No comments:

Uploaded by ElsGlobalMedicalNews on Nov 16, 2011
A screening colonoscopy may be a convenient way to simultaneously screen baby boomers for hepatitis C, based on data from 376 adults. Dr. Paul Kwo discusses the results.
Source
Posted by Hepatitis C Research and News at 10:57 AM No comments:

Background & Aims
Hepatocellular carcinoma (HCC) can result from hepatitis C virus (HCV)-related liver disease and is the fastest-growing cause of cancer-related death in the United States. α-fetoprotein (AFP) has been used as a prognostic factor for HCC, but the value of AFP as a prognostic factor for HCV-related HCC in the United States is unknown. We investigated whether higher levels of AFP at the time of diagnosis are associated with increased mortality of patients with HCV-related HCC.

Conclusions
Serum AFP level at the time of diagnosis with HCV-related HCC is an independent predictor of mortality.

Source
Posted by Hepatitis C Research and News at 10:42 AM No comments: