Use of Protease Inhibitors in Liver Transplant Recipients

G&H What is the currently approved therapy for treatment of hepatitis C virus infection in liver transplant recipients? How effective is such therapy?

GLD/JGO Hepatitis C virus (HCV) infection persists in all viremic HCV-infected persons who undergo liver transplantation, and reinfection is a major problem. Although recurrence can occasionally be severe, as in cases of fibrosing cholestatic hepatitis, recurrence typically results in less severe but varying degrees of inflammation of the graft. However, fibrosis progresses much faster in patients who have undergone liver transplantation than in nonimmunosuppressed individuals. Indeed, 20–40% of liver transplant recipients progress to cirrhosis within 5 years of transplantation, and graft failure ensues within 12 months in approximately 40% of these cases. Thus, curative antiviral treatment could have a major positive impact in patients with progressive liver injury. Unfortunately, pegylated interferon and ribavirin are poorly tolerated in this group, cytopenia is problematic, and sustained virologic response (SVR) occurs in fewer than 30% of patients who attempt therapy.

G&H How are liver transplant recipients different from HCV-infected patients who have not undergone transplantation?

GLD/JGO Although patients who have undergone liver transplantation are often highly motivated, treatment of this group is difficult and labor-intensive for several reasons. Liver transplant recipients tend to have higher viral loads, more pronounced cytopenia, and some degree of renal insufficiency. All of these factors contribute to more frequent dose reductions, greater need for use of growth factors such as erythropoietin and filgrastim (Neupogen, Amgen), and lower response rates. In addition, many of these patients have already failed antiviral therapy before they undergo transplantation.

GLD/JGO No, the goal of therapy for a liver transplant recipient is the same as for any HCV-infected individual: namely, viral eradication. Viral suppression in the absence of complete viral eradication does not provide a documented benefit in liver transplant recipients. The only possible exception is in patients with fibrosing cholestatic hepatitis; viral suppression in these patients may improve liver function and be life-saving, even if SVR is not achieved.

G&H Why might protease inhibitors be considered to treat HCV infection in liver transplant recipients?

GLD/JGO Direct-acting antiviral agents—including the recently approved HCV protease inhibitors boceprevir (Victrelis, Merck) and telaprevir (Incivek, Vertex)—can dramatically increase the chance of achieving SVR. This  increase is most apparent in patients who have the lowest response rates when treated with interferon and ribavirin alone, such as patients with high viral loads or previous nonresponders. For example, the addition of a protease inhibitor to standard therapy leads to a doubling of SVR rates in white patients, but it triples SVR rates in black patients (who have lower response rates when treated with interferon and ribavirin alone). Therefore, patients who are at the greatest disadvantage have the most to gain from the addition of a direct-acting antiviral agent.

G&H What are the risks associated with such therapy?

G&H Are there any ways to reduce these risks?

GLD/JGO Clearly, if clinicians choose to treat liver transplant recipients, the levels of patients’ calcineurin and mTOR inhibitors must be followed extremely closely, and the doses of these immunosuppressant drugs would need to be adjusted downward accordingly. In addition, the patient’s medication list would need to be closely reviewed to ensure that no other drug-drug interactions occurred.

G&H Have there been any published cases of liver transplant recipients who received protease inhibitor therapy? What were the outcomes in these cases?

GLD/JGO A small case series by Mantry and colleagues was recently presented at the HEPDART 2011 meeting in Koloa, Hawaii. This series documented early experiences in post–liver transplantation patients who were treated with triple drug therapy. Of 7 patients, 4 patients experienced  rapid virologic response (RVR), 2 patients did not achieve RVR but remained on treatment, and 1 patient experienced early virologic failure and stopped therapy. One patient died of sepsis with a negative viral load.

G&H What is the current consensus regarding the use of protease inhibitors in liver transplant recipients?

GLD/JGO Clearly, given the increased risk of progressive liver disease in liver transplant recipients, there is a great need for effective therapy, which may well include protease inhibitors. However, such treatment will be clinically challenging, with real dilemmas (dosing and drug-drug interactions) and risks of adverse events. Given clinicians’ limited experience with protease inhibitor therapy in this population to date, it would be premature to make any specific recommendations regarding therapy.

G&H Would other new HCV drugs be subject to the same risks associated with protease inhibitors, or might future drugs be more suitable for use in liver transplant recipients?

G&H What further studies are needed regarding treatment of HCV infection in liver transplant recipients?

GLD/JGO Any new agents that are approved for treatment of HCV infection will need to be studied in liver transplant recipients. In the future, more potent drugs may allow eradication of virus in a very short period of time; such therapy might pave the way to clearing virus before or at the time of transplantation and avoid the problem of recurrence altogether.

Posted by Hepatitis C Research and News at 12:28 PM No comments:

Pipeline Asset:
Discovered by Bristol-Myers Squibb through a genomics approach, daclatasvir, also known as BMS-790052 or DCV, is the first NS5A replication complex inhibitor to be investigated in hepatitis C clinical trials.

Meeting or Publication:
Conference on Retroviruses and Opportunistic Infections (CROI)

Safety profiles were unremarkable in all three ARVs. No unexpected safety signals were observed. See full safety analysis in adverse events section below. 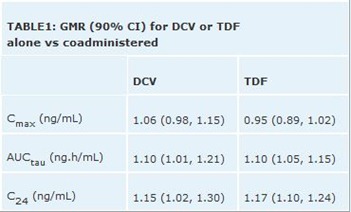 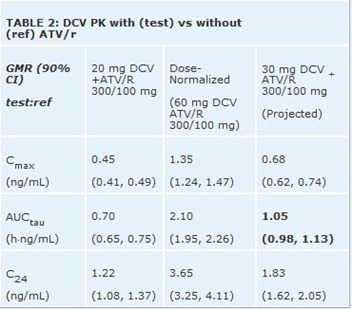 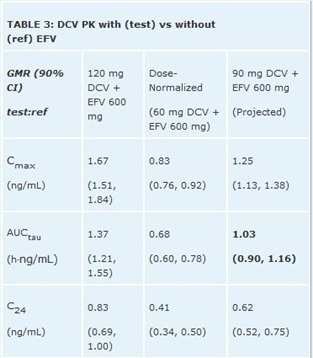 Most Common Adverse Events (>25% in Any Study) by System Organ Class and Treatment: 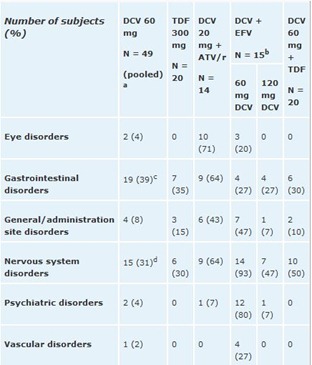 Daclatasvir is one of several molecules Bristol-Myers Squibb is studying for the potential treatment of hepatitis C. The portfolio of investigational compounds, which also includes an NS3 inhibitor, an NS5B nucleotide polymerase inhibitor, and PEGInterferon Lambda, fits into the company’s overall R&D focus on diseases where there is unmet medical need.

Three open-label studies in healthy subjects were evaluated for this assessment: 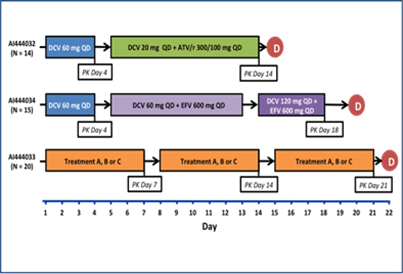 Supporting information:
The abstract and the presentation can be viewed on the CROI website.

Posted by Hepatitis C Research and News at 11:24 AM No comments:

A new drug to combat hepatitis C, hailed as the biggest step forward in the fight against the disease for a decade, is likely to be approved for use on the NHS.

Boceprevir, which can clear the most common form of the hepatitis C virus from up to 70 per cent of patients, has been recommended for prescription by the National Institute for Health and Clinical Excellence (Nice).

Tens of thousands of patients could benefit if Nice confirms the final draft guidance that it has issued today, as is expected.

Around 200,000 people in Britain are thought to carry the hepatitis C virus, of which up to half have the most common subtype, called Genotype 1. However, only about half know they are hep C positive.

At the moment those diagnosed are offered two drugs together, peginterferon alfa and ribavirin.

Dr Stephen Ryder, a Nottingham-based consultant hepatologist, said these managed to cure about 40 per cent of new patients. Adding boceprevir to the drug treatment boosted that to about 70 per cent, he said.

"This is a big deal," he said. "It's the biggest step since standard treatment was introduced, about a decade ago."

He hoped it would prompt those at high risk of being carriers to come forward to be tested.

He said many did not because the chances of being cured were relatively low.

"It's a big psychological thing to say, 'This is more likely to work than not," he added.

Adding boceprevir, marketed as Victrelis by developer MSD, to the drug regime increases treatment cost from about £10,000 to £25,000, he said. However, Nice has decided this "represents a cost-effective use of NHS resources".

Charles Gore, chief executive of the Hepatitis C Trust, described the drug as "a step change" in treatment.

"It's the first step into a new era. While peginterferon alfa and ribavirin boost the immune system, this targets the virus itself and stops it replicating."

Hepatitis C, which causes liver damage including cirrhosis and can trigger cancer, is normally contracted from a contaminated blood transfusion or intravenous drug use.

Some people go decades without developing symptoms, while others show them quickly. Many are plagued by poor health without knowing the underlying cause, leading it to be dubbed the "silent epidemic".

Posted by Hepatitis C Research and News at 9:37 AM No comments: