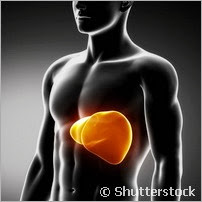 Posted by Hepatitis C Research and News at 3:44 PM No comments:

The deadly toll of drug-approval drag

A recent survey of general practitioners by the Canadian Liver Foundation revealed 57 per cent of GPs don't know hepatitis C can be cured despite the fact more than 70 per cent of hep C patients who undergo treatment with available medicines are being cured right now.

Obviously, we must create more public awareness about hepatitis C when even medical professionals seem so unaware of what's going on. Especially when there are thousands of people who don't even know they are carrying the virus (hep C is a "silent disease" -- symptoms often don't appear until the liver is severely damaged).

A simple blood test will indicate the presence of hep C, but what is the use of that if over half of our family doctors don't know there are treatments and cures they can refer patients to? Meanwhile, 1,000 people die needlessly each year and thousands more cannot work or provide for themselves because they waited too long to get diagnosed and allowed the hep C to do its damage when it could have been treated.

There are still thousands of people in that remaining 30 per cent who cannot be cured by the present treatment of pegylated interferon, ribavirin and a protease inhibitor. For them, there is good news and there is bad news.

Many new advances in drug development in the United States have increased cure rates to greater than 90 per cent and approaching 99 per cent. The bad news is that 1,000 to 1,500 more may die in the time it may still take for a new drug developed by Gilead Industries of California to be approved for use in Canada.

The new drug is called sofosbuvir (brand name Sovaldi) and Gilead has obtained almost complete "clearance" with patients so far. Unfortunately, Health Canada requires up to 225 days to review the research and findings made by Gilead in order to issue a "notice of compliance." Then the drug must go through CDR (common drug review process), which "is a pan-Canadian process for conducting objective, rigorous reviews of the clinical, cost-effectiveness and patient evidence for drugs." CDR also provides formulary listing recommendations to Canada's publicly funded drug plans (except Quebec)."

Following that, the Pan Canadian Pricing Alliance (PCPA) gets together to develop a national price for the drug and then, finally, all the information is turned over to the provinces, basically to repeat the entire process because health care is, after all, a provincial responsibility. Currently, Sovaldi has been assigned a notice of compliance and is through the CDR process. But it may be another 12 to 18 months before Manitobans will have access to this therapy.

The total time it takes for the drug to be researched and then made available in Canada by prescription? At least five years.

Current estimates have 1,000 people per year dying from hep C in Canada, so that's at least 5,000 needless deaths. And nobody really knows how many people are out there carrying this virus without knowing it themselves, and then when they find out, not seeking treatment because their family doctor isn't up to speed.

Why do I know all this?

Because I have hepatitis C and I am in the fourth and final stage of liver damage. Fortunately for me, I have lucked into a clinical trial.

I can't speak for other patients, but I can tell you I will endure whatever side-effects that go along with the new treatment because I don't have any other option; most likely not five years, unless somebody wants to spot me a liver (pun intended).

On behalf of the many others who I assume might feel the same way, I can only hope and respectfully request that the process to approve this drug for use in Canada be sped up.

And if you might be one of the estimated 300,000 people in Canada who are carrying the hep C virus, but you are one of those who just don't know, it's a simple, routine blood test.

Ask them to check for the hepatitis C virus.

Don Marks is a Winnipeg writer.

Posted by Hepatitis C Research and News at 2:00 PM No comments: 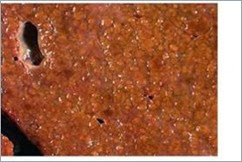 Posted by Hepatitis C Research and News at 1:53 PM No comments:

SCOTTSDALE, Ariz., Jan. 21, 2014 /PRNewswire/ -- The liver performs many vital tasks, including digestive and hormonal functions. As the body's main detoxification system, it is susceptible to developing secondary cancers from circulating cancer cells.

To view the multimedia assets associated with this release, please click: http://www.multivu.com/mnr/65144-issels-integrative-immunotherapy-liver-cancer-treatment-stage-four 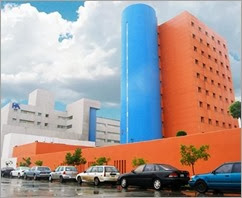 Primary liver cancer (hepatocellular carcinoma) arises from liver cells and has the worst prognosis among all liver cancers, with a relative survival rate of 15%, according to the American Cancer Society.

In 1951, Dr. Josef M. Issels, MD founded the world's first hospital specializing in integrative oncology and achieved documented complete long-term remissions of standard therapy-resistant cancers. In view of his expertise, Dr. Issels was invited to serve as an expert member of the German Federal Government Commission in the Fight against Cancer from 1981 until his retirement in 1987.

The Issels medical team brings decades of expertise tailoring integrative immunotherapy for each patient and provides comprehensive treatment programs with vaccine and cell therapies at the most modern facility of the largest private hospital network of 22 hospitals in Mexico. The hospital meets the highest U.S. and international standards and is the only full-service hospital in Mexico offering integrative medicine.

Joseph Momot commenced the non-toxic Issels Integrative Immunotherapy for his chemotherapy-resistant hepatocellular carcinoma in June 2010. Within 4 weeks of exclusive immunotherapy, his total bilirubin decreased from 20.3 to 5.2 mg/dl, then to 2.1 mg/dl the next month. His jaundice and edemas disappeared; he regained his energy and felt like a "new person."

Please see the video of Joseph Momot at the top right of the Multimedia News Release.

Carl Swanberg shares his remarkable results from using solely Issels immunobiologic core treatment for his hepatocellular cancer, hepatitis C, and liver cirrhosis. He arrived at the Issels out-patient clinic in November 2004 with 3 months to live.  His AFP tumor marker of 4,500 dramatically decreased to 124 within 3 weeks, and to 60 after a year.

Please see the video of Carl Swanberg at the top right of the Multimedia News Release.

Visit the Issels website www.issels.com to learn more about the Issels treatment programs and facilities, or watch more videos of patient testimonials.

Posted by Hepatitis C Research and News at 1:47 PM No comments: