3 Drug Classes That May Become Obsolete Within 3 Years 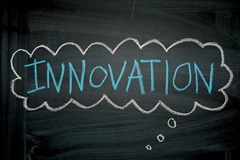 There are few, if any, businesses in the world where innovation isn't the top priority. Perhaps no sector, though, is more reliant on new ideas and development than the biotechnology industry. If it weren't for some 151,000-plus ongoing clinical trials in 184 countries, we wouldn't have the improving level of medical care that we see today.

But, we're far from finished. There are thousands of diseases and disorders left to be treated and an immeasurable number of discoveries yet to be made. This also means that there are plenty of existing drugs just waiting to be replaced by newer and potentially better therapies. Today, I propose to go out on a limb and point out what I feel are three drug classes that could be on their way to becoming obsolete within the next three years, and what up-and-coming medications may replace them.

Interferon-accompanied hepatitis-C therapies
Hepatitis-C is a liver disease that is estimated to affect about 150-million people worldwide, and kills around 350,000 people every year. In less chronic forms of the condition, it can lead to an illness that lasts a few weeks, to more serious forms of the condition (which is more common), which often leads to cirrhosis of the liver and/or liver cancer.

The current standard of treatment for hepatitis-C is Vertex Pharmaceuticals' (NASDAQ: VRTX ) Incivek, and Merck's (NYSE: MRK ) Victrelis. Both Incivek and Victrelis are given orally, and belong to a class of drugs known as NS3/4A protease inhibitors – yet neither drug is a monotherapy. Both drugs were approved by the Food and Drug Administration to be given with an intravenous interferon and a ribavirin. While moderately effective at delivering a sustained virologic response after 24-weeks (i.e., removing all detectable levels of the virus), interferon has a tendency to give patients flu-like symptoms up to, and somewhat after, the duration of the treatment. In this case, up to 48 weeks!

What's going to replace it? I would surmise that the approval of Gilead Sciences (NASDAQ: GILD ) sofosbuvir and AbbVie's (NYSE: ABBV ) direct-acting antiviral combo are both coming within the next year.

Gilead's all oral and interferon-free sofosbuvir showed incredible efficacy in all four late-stage trials, demonstrating superiority over the placebo across the most common and lesser common genotypes. In a mid-stage trial, sofosbuvir even produced a perfect SVR after 12 weeks of 100% (25 out of 25 patients). For AbbVie, it's been much of the same. Although sofosbuvir is currently being reviewed by the FDA, AbbVie's DAA combo has received the breakthrough therapy designation while heading into phase 3 trials, which should speed up its approval process should the results stay consistently positive. In its mid-stage trials, AbbVie's combo produced an SVR of 97%, although it was tested on a larger patient population of 79 people.

With no interferon administered, these hep-C agents come with far fewer side effects, and they also happen to be considerably more effective based on clinical study SVR. I believe they're a good bet to become the standard of care in treating hep-C almost immediately, assuming they're approved by the FDA.

Posted by Hepatitis C Research and News at 11:58 AM No comments: