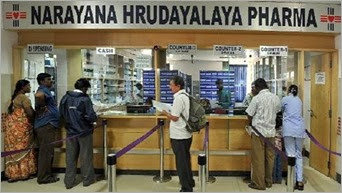 AFP – A US-based patient rights group said Saturday it has sought to block a bid by California-based Gilead Sciences to obtain an Indian patent for a potentially blockbuster drug to treat hepatitis C.

New York’s Initiative for Medicines, Access & Knowledge (I-MAK), which works to ensure affordable access to drugs, said it opposed the patent for the drug sofosbuvir to treat the liver-destroying disease on the grounds that it is “old science”.

Patent law in India, known as the “pharmacy to the world” for its vast generic drug industry that turns out cheaper copycat versions of life-saving branded medicines, is tougher than in many other countries.

The strict regime has led to a string of expensive intellectual property setbacks for Western drugmakers such as Roche and Pfizer in the quickly growing Indian pharmaceutical market.

“India’s patent law doesn’t give monopolies for old science or for compounds already in the public domain,” Tahir Amin, director of I-MAK said.

“We believe this patent on sofosbuvir does not deserve to be granted in India and have the legal grounds to prove it,” he said in a statement.

A decision by Indian regulators on whether to grant the patent will hinge on whether they deem Gilead’s drug to be a major new scientific development.

The patent opposition move is an attempt to ensure generic versions of the drug can be developed that will be affordable for people in developing countries infected with chronic hepatitis C, which causes deadly diseases such as liver cancer and cirrhosis, Amin said.

Gilead is expected to charge around $80,000 for a single course of treatment with sofosbuvir when it becomes available in the United States, said MSF.

Even if offered at a fraction of this price in developing countries, “this drug will be way beyond the reach of patients”, MSF Access Campaign spokeswoman Shailly Gupta told AFP.

Gilead, one of the world’s biggest makers of HIV drugs, did not immediately respond to an emailed AFP request for comment.

Drug analysts see sofosbuvir, which is to be marketed under the trade name Sovaldi, as the prize gain from Gilead’s $11-billion purchase of biotechnology company Pharmasset in late 2011.

The drug is still being reviewed by regulators but could be released in US and European markets next year.

The World Health Organization estimates there are 184 million people infected with hepatitis C worldwide through sources such as transfusions, with the disease causing half a million deaths annually.

Current treatments can take up to a year and only cure about 75 percent of patients.

Gilead’s daily pill can cure up to 90 percent of patients infected with the most common form of the virus within three months and eliminates the need for the injectable drug interferon, which can cause unpleasant side-effects.

Sofosbuvir is the first of several oral hepatitis C drugs expected to come to market soon but they are compounds that are “relatively simple and cheap to make”, Andrew Hill, a pharmacologist at Britain’s Liverpool University, was quoted as saying in the statement.

Hill has published a study suggesting that sofosbuvir could be produced for as little as $62 to $134 for a 12-week treatment course.

Posted by Hepatitis C Research and News at 10:42 PM No comments:

New Delhi/New York, 22 November 2013—Médecins Sans Frontières (MSF) supports the ‘patent opposition’ just filed at India’s Patent Office by the Initiative for Medicines, Access & Knowledge (I-MAK), which aims to prevent US pharmaceutical company Gilead/Pharmasset from gaining a patent in India on sofosbuvir, a drug for hepatitis C that is coming to market soon with an anticipated exorbitant price.

Gilead is expected to charge around $80,000 for one treatment course of sofosbuvir in the US. Even if offered at a fraction of this price in developing countries, this drug will be priced out of reach. The patent opposition—a form of citizen review allowed in many countries—offers technical grounds to show a drug does not merit patenting under India's Patents Act. This opposition was filed to ensure that affordable generic versions of sofosbuvir can be produced to help the millions of people infected with chronic hepatitis C in developing countries access the drug.

“Old science, existing compound,” said Tahir Amin, lawyer and director of I-MAK.org. “India’s patent law doesn’t give monopolies for old science or for compounds that are already in the public domain. We believe this patent on sofosbuvir does not deserve to be granted in India and have the legal grounds to prove it.”

Sofosbuvir is the first of several oral hepatitis C drugs expected to come to market in the coming year. It cures hepatitis C in a much shorter time period than today’s available treatment, and for some forms of hepatitis C, eliminates the need to use the injectable drug pegylated interferon, which can be difficult to administer and causes many serious side effects. Gilead is anticipated to receive marketing approval for sofosbuvir in the US on 8 December.

MSF has started providing hepatitis C treatment for a small number of people co-infected with HIV in its clinic in Mumbai, but cost (as high as $5,000 per patient) and complexity of today’s available treatment means that patient numbers remain extremely low despite considerable needs.

“In our projects, we need access to medicines like sofosbuvir that are easier for patients to take so we can expand treatment to more people. If the drug is unaffordable, the majority of the most vulnerable groups will remain untreated,” said Dr. Simon Janes, medical coordinator with MSF in India. “We know from our experience providing HIV treatment over more than a decade in dozens of developing countries that treatment needs to be simple and affordable—preferably less than $500 to start with. An unaffordable price for this drug will have a chilling effect on funders and governments who need to start financing and providing treatment.”

The World Health Organization estimates there are 184 million people infected with hepatitis C worldwide, with the disease causing half a million deaths each year. The vast majority of these people live in developing countries where—with the exception of Brazil and Egypt—there is no provision for universal access to hepatitis C treatment in public healthcare programmes.

“The world is waking up to a new crisis with hepatitis C,” said Olga Stefanishina of the Ukrainian Community Advisory Board. “More and more people are being diagnosed with chronic hepatitis C but are left to die because there’s no affordable treatment. With this patent opposition in India, we are starting the fight for better treatment that people can afford and governments can provide. We have no time to wait for charity or country-by-country negotiations—low cost generic drugs must be made available to all high-burden countries without discrimination.”

India has been called the ‘pharmacy of the developing world,’ because it produces many affordable generic versions of drugs patented elsewhere. More than 80% of the HIV medicines used in developing countries come from India, which is able to produce these medicines because its patent law sets the bar high for which medicines do and do not merit patenting, allowing generic manufacturers to compete for the market and drive prices down.

“The hepatitis C drugs coming out of the drug pipeline, including sofosbuvir, are compounds that are relatively simple and cheap to make,” said Dr. Andrew Hill, a pharmacologist at Liverpool University who has published a study showing that sofosbuvir could be produced for as little as US $62-$134 for a 12-week treatment course. “The profit projections for the oral hepatitis C drugs are staggering, and stand in no relation to what it costs to make these drugs.”

JOIN THE GLOBAL FIGHT FOR ACCESS TO MEDICINES
www.patentopposition.org

Posted by Hepatitis C Research and News at 8:45 AM No comments:

A new article published on the site Healthreviewcenter.com offers 18 tips on how to improve liver function. 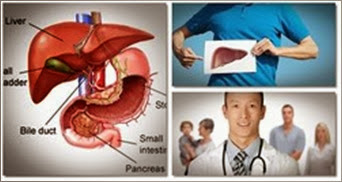 The article on the site Healthreviewcenter.com introduces 18 tips on how to improve liver function. This article is written for people who want to find a healthy diet to boost liver function. Firstly, the writer indicates that people should not drink too much alcohol because alcohol can damage liver cells, leading to cirrhosis. The writer also encourages people to do aerobic exercises regularly to boost the blood oxygenation. In fact, aerobic exercise can help people to increase heart rate, change breathing patterns, increase the amount of oxygen they take in, and speed up the delivery of oxygen to their liver. Besides, the painkiller acetaminophen and cholesterol drugs can harm liver, so people should not take too much of these ingredients over time. Finally, people should stay away from chemicals, insecticides, aerosol products, leaning products, and additives in cigarettes because they contain toxins that can harm liver cells.

Secondly, the writer gives people 9 super healthy foods that are proven good for the liver. The writer indicates that people should drink coffee regularly to lower their risk of liver diseases. People should also make use of beets because this food is rich in a particular phytonutrient called “betaine” that supports the liver function in converting fat to energy. Beets also help purify the blood, and they are capable of absorbing heavy metals and reducing toxins in the liver. People should also eat cruciferous vegetables, such as broccoli, cauliflower, cabbage, brussels sprouts, and kale because they are good sources of sulfur that can help detoxify the liver.

Jessie from the site Healthreviewcenter.com says: “This article is useful for me and people who are suffering from any liver disease because it offers an extremely healthy diet for liver. Moreover, this article does not encourage people to use any drug, pill, or medication, so everything it offers is 100% natural. One more thing, the foods and ingredients that the writer reveals are available in any food store, so people can apply easily and instantly. Therefore, people who want to learn how to have a healthy liver should read this entire article and make use of the remedies that the writer introduces. I believe that people will get good results after applying these useful tips.”

If people want to read the full article, they should visit the website: http://healthreviewcenter.com/health/18-tips-on-how-to-improve-liver-function/.

About the website: Healthreviewcenter.com is the site built by Tony Nguyen. The site supplies people with tips, ways, programs, methods and e-books about many health issues. People could send their feedback to Tony Nguyen on any digital products via email.

Posted by Hepatitis C Research and News at 8:29 AM No comments: