(Reuters) - Gilead Sciences aims to license its new hepatitis C drug Sovaldi to three or four Indian generic manufacturers to allow sales of the medicine at lower prices in some 60 developing nations.

Clifford Samuel, head of access operations and emerging markets at the U.S. drugmaker, told Reuters he expected to have deals in place shortly with the Indian firms, which would be able to produce the drug in high volumes and at low margins.

Gilead is under pressure to address the high cost of its breakthrough pill, which is the first of a new wave of drugs that have been shown to raise cure rates and cut treatment duration without the side effects of current injections.

"We're in the midst of discussions right now. We're nailing down the geographical scope, and we should have these licenses in place and ready to go in short order," Samuel said on a visit to London for an international liver conference.

He said Gilead was looking to strike deals with firms that had proven experience in producing generic versions of its HIV/AIDS drugs, such as the Indian division of Mylan.

The Foster City, California-based company has been operating a similar voluntary licensing programme for many years for low-cost HIV drugs, which covers 112 countries.

Under the hepatitis C plan, Indian-made generics would be available in most of sub-Saharan Africa, selected Asian countries including India, Pakistan and Myanmar, and some smaller developing nations.

Gilead is also working to establish "tiered pricing" for Sovaldi in other low- and middle-income countries, Samuel said.

The company struck the first such tiered pricing deal last month in Egypt, where it has agreed to supply the government at just over 1 percent of the U.S. price, or $300 for a 28-day bottle against $28,000.

For India, the company is currently discussing a price of $2,000 based on 24 weeks of treatment, although no final deal has been reached, Samuel added.

Egypt has the world's highest prevalence of the liver-destroying hepatitis C virus, which is spread through blood, making it an obvious first market for more affordable, tiered pricing.

"We're targeting key, high-prevalence countries like India, Pakistan and Egypt. We are sitting down with them and looking at differential pricing," Samuel said.

Gilead's tiered pricing will not apply, however, to some large middle-income countries with significant hepatitis C populations such as Ukraine and China, which are viewed as commercial market opportunities.

In the United States, Sovaldi's price tag of $84,000 for a 12-week course of treatment has been described by one health provider as "outrageous", while U.S. lawmakers have written to the firm demanding an explanation of the price.

Posted by Hepatitis C Research and News at 3:37 PM No comments: 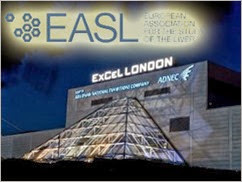 LONDON -- New treatments for hepatitis C virus (HCV) will have most of the limelight this week at the annual meeting of the European Association for the Study of the Liver.

A tidal wave of novel direct-acting agents has been building for several years and is set to break here, according to the association's secretary-general, Markus Peck, MD, of the Medical University of Vienna in Austria.

"What strikes you most," Peck told MedPage Today, "is first of all the number of phase III trials that are being presented ... the most phase III data you will ever see in a liver meeting."

That's because several companies are rushing to get novel regimens approved and into the clinic, he said.

Indeed, of the 18 abstracts in the first three general sessions of the meeting, nine have to do with new treatments for HCV, as do half of the late-breaking oral presentations. There are also several parallel sessions devoted to HCV therapy.

But equally important, he said, are the "consistently positive results ... more or less independent of what kind of patients you are looking at: treatment-naive patients, previously treated patients, patients with advanced liver disease -- it's always working."

"It's fascinating and fantastic at the same time," he said. Even a year ago, Peck added, experts would not have expected to "treat patients for 3 months -- maybe even 2 months -- and cure 95% or 98% of them."

The direct-acting agents are so-called because they work on aspects of the virus itself, unlike the two drugs that until very recently were the mainstays of HCV therapy -- pegylated interferon-alfa and ribavirin.

Peginterferon is a general immune system booster with a range of unpleasant side effects, while ribavirin is a general antiviral drug with its own drawbacks. Cure rates with the combination -- the so-called sustained virologic response or SVR -- vary depending on the HCV genotype of the patient but are generally regarded as low.

A major goal of recent research, including much to be presented here, has been to combine different direct-acting agents in order to avoid using peginterferon. In addition, some of the trials to be reported here have also examined ribavirin-free regimens.

Studies of other forms of viral hepatitis are also being reported here, Peck said, "but nothing can match the success of HCV treatment at the moment."

For instance, there will be data on hepatitis B therapy that is "interesting ... but nothing game-changing" but Peck said future meetings are likely to see more work on HBV once the furor over HCV dies down.

Researchers also will detail some early investigations into hepatitis D and E, he said.

Other aspects of liver disease are also under examination here, including what is touted as the first phase III trial in 20 years for a new drug -- obeticholic acid -- to treat primary biliary cirrhosis.

"This is something that is very new," Peck said. While the condition is not common, it accounts for between 4% and 5% of liver transplant patients, he added, and "everyone who's treating people for liver disease has several patients."

And Spanish researchers are to present data form a phase III trial on the use of statins in patients with portal hypertension that is likely to draw some attention, Peck said, if only because it's something other than viral hepatitis.

In all, more than 1,000 abstracts are to be presented, Peck said.

Posted by Hepatitis C Research and News at 3:28 PM No comments: