This report is part of a 12-month Clinical Context series. 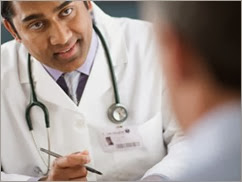 Patients with hepatitis C and diabetes had improved cardiovascular and renal outcomes when treated with pegylated interferon plus ribavirin, researchers found.

Compared with untreated and uninfected participants, patients with hepatitis C virus (HCV) and diabetes had significantly lower cumulative 8-year incidence of end-stage renal disease (1.1% for treated, infected patients versus 9.3% for untreated patients and 3.3% for uninfected patients, P<0.001) and stroke (3.1% versus 5.3% and 6.1%, respectively, P=0.01), according to Chun-Ying Wu, MD, PhD, of the Taichung Veterans General Hospital in Taiwan, and colleagues.

There was also a trend toward less acute coronary syndrome (4.1% versus 6.6% and 7.4%, respectively, P=0.05), they wrote online in the journal Hepatology. After adjustment, antiviral treatment remained significantly associated with improved outcomes for ischemic stroke and end-stage renal disease compared with those who were untreated.

"On the other hand, insulin resistance with or without overt manifestation of [diabetes] adversely impacts the clinical outcomes in HCV-infected patients, in terms of poor response to antiviral therapy, accelerated progression of liver fibrosis, and increased risk of hepatocellular carcinoma."

The mechanism by which HCV infection can lead to insulin resistance and diabetes is not known, but "appears to involve intracellular oxidative stress, dysregulation of cytokines, inhibition of insulin downstream signaling, and reduced expression of glucose transporters," they suggested.

Although treating HCV has been shown to lower insulin resistance and thus reduce the chance of developing diabetes, it is not clear how treating HCV infection in patients who already have diabetes will affect outcomes in this group.

To explore the issue further, the researchers studied 1,411 Taiwanese patients with diabetes and HCV infection who were treated with pegylated interferon plus ribavirin. These participants were matched one-to-one with HCV-infected but untreated control patients and one-to-four with diabetic patients who were not infected with HCV.

Follow-up occurred over a mean 3.8, 3.7, and 3.8 years for the treated, untreated, and uninfected groups, respectively, with a maximum follow-up of 8 years.

Cumulative incidence of death at 8 years was highest among untreated patients (23.6%) versus the treated (13%) and uninfected (11.4%) participants.

Risks for any of the three outcomes were lowest among treated patients in a multivariate-adjusted Cox proportional hazard model.

The investigators concluded that the anti-HCV therapy's effect on diabetes may be associated with its effects "in ameliorating insulin resistance and restoring glucose homeostasis, which has been convincingly demonstrated in previous studies," and that "antiviral therapy may also improve renal and cardiovascular outcomes through other mechanisms."

They noted that their outcomes could not be extrapolated to patients with significant comorbidity, that the data collected on HCV did not include viral genotype or viral load, there were no data on adherence to medication, and there was no measure of diabetic history and other physiological confounders. Their data also may not be generalizable to a non-Taiwanese population.

One co-author received support from Merck Sharp and Dohme, and Roche.

Posted by Hepatitis C Research and News at 4:58 PM