The biopharmaceutical sector can sometimes be rife with big discoveries or a wasteland of failure, depending on the nature of a disease.

Alzheimer's disease, for example, has been a difficult to treat condition, as the underlying cause of the disease is still being debated and it's extremely difficult to penetrate the blood-brain barrier with most modern medicines. Most types of cancer are another sticking point. Although biopharmaceutical companies have developed targeted therapies that slow the progression of the disease in many instances, we're nowhere near a cure for stemming the production of cancer cells.

However, once in a while a ray of bright line shines through, such as with hepatitis-C, which has seen a remarkable transformation occur in just the past two and a half years. 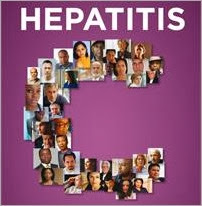 A huge leap forward
Before May 2011, the standard therapy for treating hepatitis-C, a viral disease of the liver that can lead to cirrhosis and/or liver cancer, was a combination of pegylated interferon and a ribavirin. This combination therapy induced no response in about half the patients it was used on and was only marginally effective on many of those who did exhibit a response.

Then along came Vertex Pharmaceuticals(NASDAQ: VRTX ) with its oral medication, Incivek, which drastically changed the treatment landscape. Although still given in combination with interferon and a ribavirin, Incivek greatly improved patients' sustained virologic response (the level at which no detectable levels of the HCV virus can be found) after 24 weeks by 20% to 45% over the previous standard of treatment depending on the trial. Not surprisingly, Incivek became the quickest drug to ever reach $1 billion in sales (less than eight months), but also lost the majority of its revenue nearly as fast as it ceded ground to up-and-coming treatments.

This upcoming year is looking as if it will be every bit as exciting for investors as it will be for some 3.2 million hepatitis-C sufferers in the U.S. with the expected unleashing of two new (and in some cases interferon-free) hepatitis-C therapies which both appear to deliver a massive improvement in patient quality of life as well as vastly better SVRs.

A new drug emerges
A little more than a week ago, Gilead Sciences (NASDAQ: GILD ) received approval for its oral hepatitis-C drug, Sovaldi (previously sofosbuvir) for the treatment of genotypes 1 through 4. According to the World Health Organization there are 11 hepatitis-C subtypes, but for all intents and purposes, genotype 1 (by far the most common), 2, and 3 comprise somewhere around 95% of all hepatitis-C cases based on every meta-analysis trial I've ever stumbled across.

Gilead's drug, Sovaldi, is a breakthrough in that it's the first hepatitis-C therapy that can be administered to genotype 2 and 3 patients (between 20% and 25% of all cases) without the need for interferon. Since interferon has the side effect of delivering flu-like symptoms to patients, this is a huge improvement in patient quality of life.

The other major advancement with Sovaldi was a drastically improved SVR across the board. While Incivek delivered a 79% SVR after 24-weeks, Sovaldi produced a 90% SVR after just 12 weeks in genotype 1 patients when given with interferon and a ribavirin. In addition, it was, as you might imagine, particularly effective on genotype 2 and 3 patients. It demonstrated a cumulative SVR over 12 weeks of 93% in genotypes 2 patients and 85% over 24 weeks in genotype 3 patients, while delivering even higher SVRs on treatment-naïve patients.

The next big thing in treating hepatitis-C
The other currently experimental therapy very likely to make it onto the FDA's desk before the midpoint of 2014 is AbbVie's (NYSE: ABBV ) direct-acting antiviral combo drug. In similar fashion to Sovaldi, this DAA-combo therapy, which includes ABT-450 from Enanta Pharmaceuticals (NASDAQ: ENTA ) , is running six confirmatory late-stage trials on various genotypes. There are, however, two primary differences between AbbVie's DAA-combo therapy and Sovaldi.

First, AbbVie's DAA-combo drug is considered a breakthrough therapy by the FDA, meaning it'll have a potentially faster review process than Sovaldi when it was trying to make it to market.

Second, AbbVie's DAA-combo treats genotype 1 patients without the use of interferon. Not only does the combo obviously deliver fewer side effects without the use of interferon, but its recent clinical results based on SVR after 12 weeks were nothing short of jaw-dropping. Following the release of its second of six late-stage trials this past week, AbbVie's combo drug produced an SVR of 96% in 12 weeks in genotype 1 patients. Understand now that genotype 1 is the most common and also most difficult strain of the virus to treat -- and it nearly eradicated it in a sizable treatment subset.

A cure around the corner?
Given the drastic improvement in treatment quality, the next hepatitis-C battle looks like it's not going to be fought within a laboratory but in the awareness department since a good two-thirds of the projected 3.2 million people infected have no clue they have the disease.

For this I believe we're going to see the Centers for Disease Control and Prevention turn up its attempts to increase hepatitis-C testing awareness which may turn out great for medical device maker Abbott Laboratories (NYSE: ABT ) . In June, Abbott received approval from the FDA for its hepatitis-C genotype testing device, which will better help doctors determine how to treat infected patients thanks to precise genotype mapping.

It's not often that we can talk about a "cure" for a global disease, but at the rate advancements are occurring in the hepatitis-C sector, it's quite a real possibility that within a decade or two we could be talking about an eradication of the disease altogether.

It might seem a bit crazy to you. Why would someone invest $117,238 in just one stock? For one, this is not just any run-of-the-mill stock. This company is already growing rapidly, yet is still in the early stages of revolutionizing an entire industry just like Apple, Amazon, and Google have done. Our top technology expert, Jeremy Phillips, is so convinced of this that he's entered into a legal contract requiring him to invest $117,238 in this stock. And now, we've talked him into sharing the name and details of this company for a limited time. Simplyclick here to access our special free report outlining this incredible company.

The Motley Fool recommends Gilead Sciences and Vertex Pharmaceuticals. Try any of our Foolish newsletter services free for 30 days. We Fools don't all hold the same opinions, but we all believe that considering a diverse range of insights makes us better investors. The Motley Fool has a disclosure policy.

Posted by Hepatitis C Research and News at 6:20 PM