HCV is for Hope, Courage, Victory. 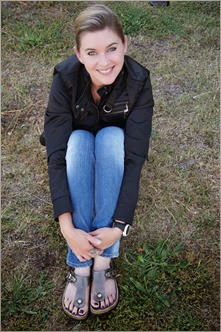 Despite the fact 60% of hepatitis C virus infections are represented by intravenous drug users, it is very unfortunate that this also too commonly translates as a group affected by hepatitis C because of sharing needles. On the contrary, as in my example, I was the unfortunate recipient of a needle-stick injury whilst practising safe injecting procedures. However, because of the fact I have a past history of intravenous drug use, my medical records of contracting the disease are always marked by the words “sharing needles”. Even though I feel this is a grossly unfair, because there is simply no proof, it is nevertheless the only way the medical field can legitimately explain one of the three ways in which I got hepatitis C. As a result, I feel at a loss to know exactly how I was re-infected for the final time, because I simply never shared needles. However, because of my past history as a intravenous drug user, the automatic assumption is that I shared needles.

Coming to terms with learning of a third hepatitis C virus infection 18-months after I ceased using intravenous drugs was, needless to say, devastating. I had undergone standard interferon and ribavirin treatment in 2007, to which end, I was very mindful never to put myself at risk in the future. After all, my initial exposure to hepatitis C was by way of a needle stick injury, not because of sharing needles. Having endured six-months of torturous (but successful) treatment that left me with a benzodiazepine dependency, the last thing I ever wanted was to go through it all again. Even though I resumed using drugs again sometime after treatment, it was never on my mind that I would get the news again that I am hepatitis C positive, simply because I never engaged with unsafe injecting practises. However, after treatment, I never felt as if I had been magically cured. I still felt lethargic, and a sense that something was still wrong. But because the PCR tests kept coming back with no viral detection after 6- to 12-months, it was concluded that the treatment had been a success. Yet, in May of 2010, the PCR test did not come back with the familiar result of “negative”. Nearly 3 years after completing treatment and 18-months after last using a needle and syringe, my worst nightmare had come true. As well, my ongoing suspicions had been confirmed: I was hepatitis C positive again. Incidentally, I was infected with exactly the same genotype (3a).

In my heart, I would like to think that I am one of the unlucky persons that have been known to show relapse after 3-years. After all, there have been studies conducted in France to indicate that this is not totally out of the question. Due to my intravenous drug user status, however, it just does not seem possible. No matter how much I try to argue, it will never be credible that I could belong to this group of late relapsers. After all, it is so often assumed that intravenous drug use must involve the sharing of needles: wrong! If I were a blood transfusion recipient, perhaps my reports of never feeling cured long after treatment would not be ignored and maybe be taken into consideration as a sign of late relapse, as opposed to receiving the instant diagnoses that I was re-infected as a result of former drug use.

In light of the above, the meaning of the hepatitis C virus has taken on a very personal meaning. With the advent of new treatment on the horizon, I now have hope. Until recently, I was absolutely adamant that I would never undergo any form of interferon treatment again. This is because the side-effects were so severe, I simply did not want to sign-up for a chance to re-live the experiences my memory can still recall, including injecting myself subcutaenously, long and paralysing episodes of depression, anxiety, lethargy and hair-loss due to anaemia, anger, frustration and isolation. The opportunity to be a part of a new generation of treatment for hepatitis C is exciting and thrilling. I would like to think that I am privileged to witness a new era in the dispensing of hepatitis C treatment, knowing how difficult it has been in the past making trips up to the hospital, just to make a pledge for treatment. In the future, I can not wait to see others with a past or present history of intravenous drug use being able to receive treatment that has so long been associated with long waits at the liver clinic, not to mention a laborious procedure that sometimes involves having to prove one’s legitimate worth for being able to receive such a wonderful opportunity to be rid of the dreaded virus. It brings me much hope to know that new treatments on the horizon will revolutionise the way in which hepatitis C is perceived, as it will finally become just another form of illness to be cured by the local doctor. Whilst it will not reduce altogether the stigma attached to intravenous drug users and hepatitis C, at least it will allow this disproportionately represented group to receive treatment in a way that is much more user-friendlier than the white walls of a sterile hospital.

Not knowing what the side-effects of a new treatment will entail, I have the opportunity to embrace courage as a means to approach the six months that are ahead of me. Already, I have the strength to confront the process of what treatment entails, namely ongoing blood-tests and the anxiety of what the results might reveal. Not knowing what each day might bring is something I am already accustomed to, as living with the hepatitis C virus, there is no way of knowing what kind of day it might be. Therefore, I am not fearful of what the side-effects of a new course of treatment might bring. After all, the desire to be free from hepatitis C is constant, like a second’s hand ticking on a big grandfather clock. Finally, I will be able to face letting go of a status that has kept me chained to a painful reminder of my past, as the ramifications of living with hepatitis C well after choosing to use drugs has been at times very difficult to accept. There are days, for example, whereby I feel resentful and regretful that I was in a situation that exposed me to the hepatitis C virus. Sometimes, I simply can not ignore the fact that if I had not used intravenous drugs, then perhaps I would not have had the last 8-years of my life affected by living with a virus that has not only affected the quality of my life, but given to me a label imbued with much stigma and discrimination. In turn, I can not only help others to be more aware of how not to react in a discriminatory manner, but live with a greater sense of awareness regarding how I can treat others better, too.

It is a battle to live with hepatitis C, so it will feel like a victory to survive another course of treatment that will (hopefully) be successful. Modestly, I remain hopeful that treatment will be a success, as after all, I already know too well that nothing is guaranteed. Afterwards, I will be able to look back and know that I conquered coping with a disease that has influenced my life, from controlling the amount of energy I have each day, to instilling the fear of developing cirrhosis of the liver one day if I do not manage to clear the virus by way of treatment. As each day passes, I know it is one closer to reclaiming my health and future, even though it has been a long journey. Finally, it will be a relief someday to admit that I am no longer hepatitis C positive, but it will also mean having to explain how that could be possible, considering the widespread misconception is that the virus is not medically treatable. No matter what amount of disbelief I may encounter, it will nevertheless remain a personal victory to

have come this far. Whilst people may take their lives for granted every day, I know that as a person living with the hepatitis C virus, the complete opposite is true. Rather, each day is treasured, as the meaning of life and the gravity of our existence takes on a different kind of significance, simply because of a virus that can give to us much hope, courage and victory: hepatitis C.

Posted by Hepatitis C Research and News at 8:10 PM