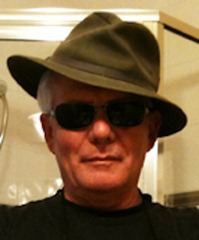 I would like to begin my story with a salute to all of those people that have helped me, and others diagnosed with HCV. It has never mattered to me how someone was infected. I know people that used drugs and shared needles, as well as people that have received the virus through tainted blood transfusions, and none of it matters to me. What matters most is that people with HCV need help, and that help takes many forms. I am fortunate enough not to have the severe financial burden that many with this disease face. I can’t imagine what it must feel like to face HCV without medical options as well as any semblance of a support system, which I believe is so very important. I am deeply discouraged by the stigma that we all face when we are diagnosed with HCV.

I never knew many things about this disease until I was diagnosed .I began a journey toward understanding and knowledge, and ultimately ridding my body of this terrible virus.

The journey actually began when I was hospitalized almost 4 years ago with extreme abdominal pain. After three days in the hospital, and many scans and tests later, all that they came up with was that I needed to have a hernia repair. They asked several times “why was I there”. I am otherwise a healthy person, with the exception of having asthma that is treated successfully.

In the next several months I underwent many tests that included colonoscopy, gastroscopy, many blood tests, a CT scan, and finally while being pre-screened for the hernia repair it was discovered that my iron levels were high. This finally led my primary care doctor to check for hepatitis with more blood work. The preliminary screen showed that I might have the virus.

The second blood test confirmed that I did have HepC.

I was devastated by this news.

The next couple of months were very difficult for me. In my mind my life was over. I was 55 years old, with so much more that I wanted to do in my life, and now I am going to die. That went through my mind over and over. As I began to research the virus, it didn’t get much better, because it seemed like it was all bad news. I was obsessed with it, and I couldn’t get it off my mind.

The next step was to see a Hepatologist. More blood work was ordered to determine my genotype, etc. It came back as genotype 1b, and I was told that it was the most resistant to treatment. It was just more bad news. It seemed like that was the only news I was going to get.

The next step was a liver biopsy in early December 2009. That produced some good news about my liver. I was happy to learn that I was stage 0-1,which means that there is little damage to my liver from the disease. I was so happy to finally hear something positive, and it was a great relief for my wife and family. The next step was to plan for treatment. I was asked if I would be interested in participating in a drug trial along with standard treatment. The Hepatologist gave me three options actually. The first was to do nothing, the second was standard treatment, and the third was with the drug trial. I decided that I would go into the trial because the drug had shown a substantial increased chance of clearing the virus, and reaching SVR. Since deciding to be a part of the trial I have undergone many screening tests to determine if I am suitable.

The only thing they found during screening was that I have a condition called optic nerve drusen. I am scheduled to start treatment in a few days, and as far as I know I have been accepted to participate.

As I begin the next stage of my journey, I have a sense of relief mixed with anxiety about how the drugs affect me. I want to continue to work as much as I can, and keep my life as real as possible.

I want to continue to be myself, and not be defined by this disease. Something that is very important to me is that there be more awareness and education about HCV so that people will get tested, get treated, and get better, without all of the added burden of stigma, isolation, and financial hardship.

I wrote this before I started treatment in 2010.

My treatment was 48 weeks, and that was a challenge at times, but I was undetectable at 5 weeks, and went on to reach SVR at 24 weeks post Tx. I just had my one year PCR a couple of weeks ago, and I remain clear of the virus, and continue to feel better and better…as time goes by.

I am more involved than ever in trying to spread awareness and understanding about HCV, and will remain committed to this for as long as I possibly can. There are some new drugs that have shown amazing results, and newer ones will show even greater promise, and one day a vaccine!

I wish for all to have the possibility for a better quality of life, and a disease free existence.

Posted by Hepatitis C Research and News at 7:09 PM