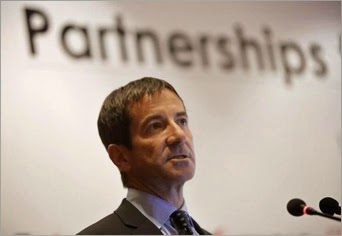 LONDON (Reuters) - Gilead Sciences is seeking to convince governments and multilateral agencies worldwide that hepatitis C can be eliminated with a demonstration project in Georgia offering free drugs to all those who need them.

The unprecedented program will make the Caucasian country a testbed for uprooting the liver-destroying disease, using Gilead's highly effective but costly pill Sovaldi, plus its newer product Harvoni once approved.

Georgia has the world's third highest prevalence of hepatitis C, after Egypt and Mongolia, with nearly 7 percent of adults carrying the virus. It also has a wide range of viral variations and different types of patients.

What is more, the country is a manageable size, with a population of around 5 million, and has viral screening systems, making it ideal for scientific study, according to Gregg Alton, the U.S. drugmaker's head of corporate and medical affairs.

"It is a nice country for us to evaluate," he said in a telephone interview on Wednesday from the European Association for the Study of the Liver annual meeting in Vienna.

The scheme, which has the backing of the U.S. Centers for Disease Control and Prevention, will cover an initial 5,000 patients in 2015, with a second phase treating up to 20,000 a year.

Gilead's hepatitis C drugs, and rival products from the likes of AbbVie, can cure hepatitis C but are out of reach at Western prices to patients in poor countries, with a single Sovaldi pill costing $1,000 in the United States.

While Gilead has slashed the price for several low-income countries to $300 per bottle of 28 pills, it also wants to involve international donors in a broad eradication drive.

"We will take the Georgia data to other countries around the world to really make the case that investment can fundamentally change the disease over time," Alton said.

Alton admits the scheme may prompt other governments to ask for free drugs as well, but he said it was unrealistic to simply give away product globally. Instead, he wants to see international funding along the lines of the Global Fund to Fight AIDS, Tuberculosis and Malaria.

"Gilead cannot cure hepatitis C globally on our backs alone. There have to be other players that come in and make that investment," he said.

Posted by Hepatitis C Research and News at 1:23 AM