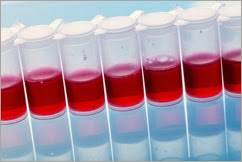 For patients who are chronically infected by HCV and HIV simultaneously, there is a substantial increase in the risk of cirrhosis and liver decompression than from being solely infected by HCV. Several companies, such as Boehringer Ingelheim, have been developing oral treatment regimens with durations that are 12 weeks or shorter with lower or absent side-effects for patients with both diseases.

Merck & Co has developed a combination of oral drugs that are highly effective in treating HCV and HIV co-infected patients.  The available data of the ongoing clinical trials for some treatment regimens were presented this Wednesday at CROI, while it is expected more data will be released at the European medical meeting in April.

The regimen consists of the experimental Merck drugs, MK-5172 and MK-8742 (new classes of anti-viral medicines), both with and without ribavirin, in co-infected patients over a 12-week period.

At the end of the period, all 29 patients using the two Merck drugs plus ribavirin presented undetectable levels of HCV (considering this way those patients are cured). On the other hand, 90% of the patients who were under the Merck drugs without ribavirin appeared to have the HCV eliminated from their systems after the 12-week period.

Even when the most common side effects of the treatment were fatigue and headache, no patient discontinued treatment due to side-effects or medication intolerance.

Of course, in a model for addressing HCV infection or co-infection with HIV, the development of new treatments that have the potential to cure effectively 90% of patients with common strains of the virus in a short period of time, is just part of solving the problem. It is necessary to find a way to make these treatments accessible as well..

Posted by Hepatitis C Research and News at 3:32 PM