Coffee Is Probably Good For Your Liver 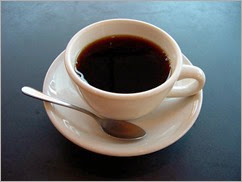 Mounting scientific evidence has shown that coffee prevents and mitigates liver disease, even among the thousands of Americans who may not realize they have the disease, according to the Canadian Liver Foundation.

Several studies from the late 1990s to date have shown that coffee helps prevent liver inflammation, which is often related to hepatitis C, cirrhosis and liver cancer. One April 2013 overview study showed that 16 studies, which surveyed more than 500,000 subjects over several years, all demonstrated coffee’s benefits on the liver.

That holds true of the coffee industry itself, which may not know much about the scientific connection, Sherman added.

It’s unclear if caffeine or other ingredients in coffee are responsible for the health benefits, Sherman said at an industry presentation called “Coffee and Liver Health: A Growing Nexus.” One study in Japan showed that green tea failed to help those suffering from liver diseases, Sherman said. Other evidence indicates that tea has little effect on liver diseases.

“Tea doesn’t seem to have any benefit” on the liver, Sherman said.

Still, coffee alone can hardly treat liver disease, and more solid scientific data in coming years is needed to strengthen the evidence of its health benefits. “It is unclear whether any of these benefits [from drinking coffee] are significant enough to 'treat' patients with chronic liver disease,” the 2013 overview study concluded. “In the interim, moderate daily unsweetened coffee ingestion is a reasonable adjunct to therapy.”

Obesity is a leading cause of nonalcoholic fatty liver disease, which many Americans have but don't know it. The disease may affect up to 25 percent of U.S. adults, though the actual figure may be closer to 10 to 15 percent. But if 5 percent of those with a liver disease were aware of it, that would be a significant improvement over the status quo, Sherman said.

Liver diseases don’t cause any symptoms until the liver actually fails, he said.

“The evidence has been slowly building," Sherman said. "These studies are not easy. It’s not easy to find a population large enough, and where someone has had the foresight to ask them about their coffee consumption.”

Coffee’s other health benefits may be dubious, however. The federal Food and Drug Administration (FDA) on Wednesday warned consumers against buying Vitaccino Coffee, which contains harmful substances, despite labelling claiming that the coffee can help drinkers lose weight safely.

Seven coffees that claim to boost weight loss have been found to contain harmful ingredients since 2011, according to the FDA's website.

Mortality rates for liver cancer are rising faster than many other cancers, though the Center for Disease Control and Prevention's data show that liver cancer isn't among the 10 most common cancers in the United States.

Posted by Hepatitis C Research and News at 6:05 PM