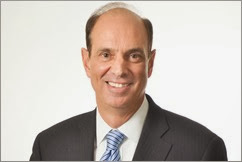 Carl Schmid, deputy director of the AIDS Institute, said Sovaldi is expensive, ‘but this is remarkable progress and the cure rate is extremely high.’ (Photo courtesy of Schmid)

The pharmaceutical company Gilead Sciences received praise earlier this month for bringing to market a newly approved drug capable of curing the potentially fatal liver disease Hepatitis C without the serious and debilitating side effects caused by the existing drug used to treat the disease.

Experts say 20 percent of people with HIV are co-infected with Hepatitis C, which over a period of years can lead to death through liver cancer and liver failure. Physicians treating people with HIV, including Whitman-Walker Health’s medical director, Dr. Richard Elion, have called Gilead’s new drug a major breakthrough.

But at least two organizations that advocate for people with HIV and Hepatitis C have denounced Gilead for setting the wholesale price for its new drug Sovaldi at a level they consider exorbitant and which they say could lead to further escalating prices for AIDS drugs.

The AIDS Healthcare Foundation, the nation’s largest private organization providing medical services for people with HIV/AIDS, and the Fair Pricing Coalition, which advocates for affordable prices for prescription drugs for people with serious illnesses, called Gilead’s decision to set a wholesale acquisition cost of $84,000 for a 12-week treatment regimen of Sovaldi unprecedented.

“There can be no better example of the unbridled greed of the pharmaceutical industry than Gilead’s latest move: pricing its new hepatitis drug at $84,000 per 28-tablet bottle or $1,000 per pill,” said Michael Weinstein, president of AHF.

Lynda Dee, co-chair of Fair Pricing Coalition, called Sovaldi a “very safe and highly effective drug” but noted that it must be used in combination with other drugs to treat different Genotypes, or strains, of Hepatitis C.

She said that although the other drugs – pegylated interferon and ribavirin – are not as expensive as Sovaldi, the price tag for combination therapy with Sovaldi comes to $93,000 and $168,000 for various treatment regimens for a single person living with Hepatitis C.

“Gilead has set the bar dangerously high as other companies determine prices for similar Hepatitis C drugs as they enter the market,” Dee said.

In a statement released at the time the U.S. Food and Drug Administration approved Sovaldi for patient use on Dec. 6, Gilead said it had put in place a patient assistance program to ensure that people with Hepatitis C have access to Sovaldi regardless of their ability to pay for it.

The statement said the program provides assistance to “patients who are uninsured, underinsured or who need financial assistance to pay for the medicine.” The program, called Support Path, will provide Sovaldi “at no charge for eligible patients with no other insurance options,” according to the statement.

While praising Gilead for offering such a program, which is common within the pharmaceutical industry, critics say the high price for Sovaldi would likely prompt other companies to put in place similarly high pricing policies for other promising drugs about to be released for the treatment of both Hepatitis C and HIV/AIDS.

Some Wall Street analysts suggested Gilead’s price for Sovaldi may be justified when taking into consideration the amount it spent to bring such a beneficial drug to market. Bloomberg business news service reported that Gilead, which didn’t invent Sovaldi, paid $11 billion in 2011 to buy Pharmasset, Inc., the company that developed Sovaldi and other Hepatitis C drugs expected to be approved soon.

Bloomberg cited pharmaceutical industry observers who said the Hepatitis C drugs Gilead obtained through this purchase could pull in as much as $20 billion by 2020.

Clinical trials with patients monitored by the Food and Drug Administration demonstrated that Sovaldi had a cure rate of more than 90 percent for patients with the Genotype 2 strain of Hepatitis C following a 12-week regimen with the drug ribavirin. Patients with Genotype 3, another strain of Hepatitis C, had a similarly successful cure rate following a 24-week regimen of Sovaldi and Ribavirin, the trials showed.

For patients with Genotype 1 or 4 of the Hepatitis C infection, the Sovaldi treatment needed to be combined with pegylated alfa interferon, the drug of choice for Hepatitis C before the development of Sovaldi and other new drugs nearing completion of clinical trials, statements by Gilead and the FDA said. Interferon causes serious and debilitating side effects for most patients, forcing some to stop using it before the Hepatitis C virus can be eliminated, according to medical experts.

The good news, according to those monitoring Hepatitis C treatment developments, is that Gilead and other pharmaceutical companies are close to releasing other new drugs capable of effectively curing patients with the Genotype 1 and Genotype 4 strains without the need for Interferon.

“I believe that Sovaldi will have a major impact on public health by significantly increasing the number of Americans who are cured of Hepatitis C,” said Dr. Ira Jacobson, chief of the Division of Gastroenterology at Weill Cornell Medical College in New York City, who served as a principal investigator in the clinical trials of Sovaldi.

Carl Schmid, deputy director of the AIDS Institute, which advocates for people with HIV, said the ability of Sovaldi to actually cure patients with Hepatitis C makes it different from HIV drugs on the market, which keep most patients healthy but cannot cure HIV/AIDS.

“Yes, it’s expensive,” he said of Sovaldi. “But this is remarkable progress and the cure rate is extremely high.”

Posted by Hepatitis C Research and News at 6:17 PM