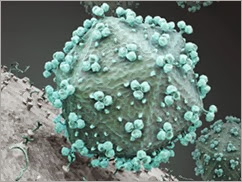 Doctors caring for HIV-positive patients should increasingly focus on preventive care for the common health problems that affect the general population, according to new guidelines.

As the long-term prognosis for people with HIV continues to improve, they are at risk for such things as diabetes and high cholesterol, according to the 2013 guidelines from the HIV Medicine Association of the Infectious Diseases Society of America.

Some common health problems are exacerbated by HIV or HIV care, but others are simply the result of living long enough to get them, according to guidelines lead author Judith Aberg, MD, of the New York University School of Medicine in New York City, and her colleagues.

"In many HIV practices now, 80% of patients with HIV infection have the virus under control and live long, full lives," Aberg said in a statement.

"HIV specialists need to provide the full spectrum of primary care to these patients, and primary care physicians need a better grasp of the impact HIV care has on routine healthcare," she said.

"As with primary care in general, it's about prevention."

The new guidelines, published online and in the January issue of Clinical Infectious Diseases, replace those from 2009, in which physicians were urged to focus on helping their patients adhere to sometimes difficult treatment regimens.

Since 2009, new anti-HIV drugs, some of them in new classes, have entered the clinic, the authors noted, and patients have "fewer complications and increased survival."

Clinicians also need to ask regularly -- in "an open, nonjudgmental manner" -- about patients' sexual histories and any risky behaviors, such as the use of illicit drugs, the guidelines note.

Usually, HIV patients receive care from either a specialist or a primary care physician, Aberg noted, and the new guidelines are intended to ensure that both groups are aware of issues that arise in the other camp.

The work was supported by the Infectious Disease Society of America.

Posted by Hepatitis C Research and News at 8:49 AM