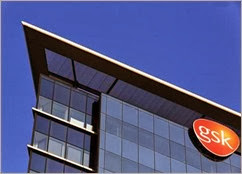 The GlaxoSmithKline building is pictured in Hounslow, west London June 18, 2013.

(Reuters) - European regulators have recommended approval of a new drug from Gilead Sciences to treat hepatitis C and an HIV medicine from GlaxoSmithKline, both of which are expected to be major sellers.

The European Medicine Agency (EMA) said on Friday its committee of experts also gave the green light to a tuberculosis drug from Japan's Otsuka, following a review of an earlier rejection.

Recommendations for marketing approval by the EMA's Committee for Medicinal Products for Human Use (CHMP) are normally endorsed by the European Commission within a couple of months.

Analysts expect U.S.-based Gilead's sales to surge higher next year on the back of its treatment known as Sovaldi, or sofosbuvir, for people infected with the liver-destroying hepatitis C virus (HCV). The all-tablet treatment obviates the need for the injectable drug interferon, which can cause debilitating side effects.

Investors see the treatment as the crown jewel of Gilead's $11 billion purchase ofbiotechnology company Pharmasset and the market is expecting substantial revenues.

Shares in Gilead were up 4.4 percent at 11.32 a.m. EST following news of the European recommendation.

Analysts on average expect Gilead's drug to generate sales of $4.4 billion in 2015, according to Thomson Reuters Pharma.

The often-undiagnosed hepatitis C virus is transmitted through contaminated blood. While infection rates have dropped since the early 1990s - due in part to the introduction of blood and organ screening - many older adults remain at risk.

Two new antiviral drugs, Incivek from Vertex Pharmaceuticals and Victrelis from Merck & Co, have cured more HCV patients in recent years, but both are protease inhibitors and are still used in combination with injections.

Sovaldi was recommended by an expert advisory committee of the U.S. Food and Drug Administration last month and a final decision from the FDA is expected by December 8.

GSK's Tivicay, or dolutegravir, is also forecast to be a significant new product for the British drugmaker. It will be sold through the ViiV Healthcare business, in which GSK is the biggest shareholder, alongside Pfizer and Shionogi.

The once-daily drug belongs to a novel class known as integrase inhibitors that block the HIV virus from entering cells, and is designed to be used in combination with other HIV drugs. Consensus forecasts point to sales of $1.6 billion by 2018. GSK shares were up 0.18 percent.

In addition, the European agency recommended approval of a new two-in-one diabetes drug called Xigduo from Bristol-Myers Squibb and AstraZeneca.

Posted by Hepatitis C Research and News at 9:45 PM