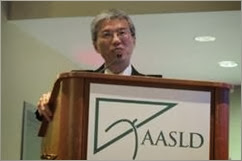 WASHINGTON – Using the ECHO model of primary care to treat hepatitis C is cost saving in 35% of patients and very cost effective overall, according to a retrospective analysis presented by Dr. John B. Wong, at the annual meeting of the American Association for the Study of Liver Diseases.

Project ECHO (Extension for Community Healthcare Outcomes) was begun at the University of New Mexico, Albuquerque, and has been adopted by the Veterans Affairs department, among other organizations, as a means of extending primary care to those who might not otherwise have access.

This is not about the antiviral treatment, it’s about the engagement of primary care physicians, to train them, educate them, and help them take care of patients with hepatitis C," said Dr. Wong, chief of the division of clinical decision making at Tufts Medical Center, Boston. "It’s about increasing access," he added.

Dr. Wong presented the results of a cost-effectiveness analysis he and his Tufts colleagues conducted on a study of ECHO’s effectiveness in treating HCV, published in the New England Journal of Medicine in 2011 (N. Engl. J. Med. 2011;364:2199-207).

That prospective cohort study evaluated ECHO in the HCV treatment of 261 patients at 16 community sites and 5 prisons.

Dr. Wong and his colleagues updated the data, using information from the United Network for Organ Sharing; the Surveillance, Epidemiology and End Results Program; and life tables from the Centers for Disease Control and Prevention. They also used the previously established and validated Markov cohort simulation model to compare ECHO to no antiviral therapy for each of the 261 patients.

Dr. Wong said that the researchers also performed an analysis of the cost of antiviral treatment if patients traveled to the academic center to receive care instead of having ECHO come to them. Travel costs included mileage, patient time, and guard costs for prisoners. The investigators used quality-of-life adjustments to account for antiviral treatment and disease-related morbidity, and discounted costs and effectiveness at 3% a year.

They calculated that ECHO led to a 63% reduction in lifetime cirrhosis when compared with no antiviral therapy. Hepatocellular carcinoma declined by 45% and liver death by 46%. There was a 4.4-year gain in life expectancy overall, and a 5.5-year gain in quality-adjusted life expectancy.

For 42% of the 261 patients, the incremental effectiveness did not outweigh the cost – and the opportunity cost – of taking an antiviral, said Dr. Wong. In another 23% of patients, the antiviral therapy extended life, but in the end, when the costs of the disease and the antivirals were added in, there was an extra cost associated with the therapy.

he incremental cost-effectiveness ratio – a formula calculated by dividing the additional cost by the additional benefit – for ECHO is $3,700, Dr. Wong said. The World Health Organization considers anything less than the per capita gross domestic product of a country to be "very cost effective," and anything less than three times that per capita number to be "cost effective," he said. He noted that the mean GDP in the United States is $50,000, putting the ECHO intervention well within the WHO’s range for very cost effective.

The gains were even greater for patients living in correctional institutions, with an incremental cost-effectiveness ratio of $1,400.

The study is limited by the fact that it is a computer simulation, and some travel data were missing, said Dr. Wong.

Additional trials are needed to confirm the results, he said.

The University of New Mexico recently started an institute to spread the ECHO model.

Posted by Hepatitis C Research and News at 1:09 PM