Sofosbuvir: ATU French cohort is in place, but limited

This article has been translated from French to English

The temporary use authorization (ATU) of sofosbuvir, a new drug against HCV developed by Gilead, opens in France on October 17. However, it is limited to situations of pre-and post-liver transplant, while the laboratory dramatically restricted access to the drug under the nominative ATU. 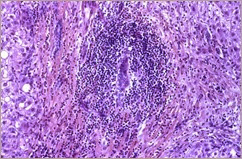 Sought for months by collective TRT-5 (which AID is a member) and the group of viral hepatitis (CHV), this cohort ATU has finally opened, as expected, there is a few days. However, despite the association pressure and the desire of the French drug agency (which he said she lengthy negotiations with the laboratory broader criteria), it is clear that access is restricted to persons in the emergency treatment of extreme situation.

In fact, can only benefit from the new drug people "on the waiting list for a liver transplant and require treatment to prevent re-infection with HCV," or "underwent liver transplantation and have a recurrence of infection with HCV, aggressive, resulting in a worsening of liver disease with a life expectancy of less than 12 months in the absence of treatment. " It is the physician of the person making the request of ATU. The ATU is open to people co-infected HIV / HCV.

Protocol for therapeutic use ...

The "protocol for therapeutic use and information collection" is downloadable on the website of the National Security Agency of the drug (MSNA). It provides that, in the context of this ATU, the sofosbuvir (400 mg, 1 tablet daily, with or without food) is used in combination with ribavirin (1000-1200 mg) and pegylated interferon if its use is possible (it is against-indicated in patients with decompensated cirrhosis). Pre-transplant treatment is until liver transplantation without exceeding 11 months (48 weeks) of treatment. If relapse occurs before transplantation, a restatement may be considered. Post-transplantation, the treatment is for 6 months (24 weeks).

If the first goal of the ATU is to save lives, the collection of information set up is very useful, both to evaluate the effectiveness in these difficult people to deal with the importance of adverse effects. And, as for the person himself than for other patients. The MSNA has also worked with the ANRS (National Agency for Research on AIDS and Viral Hepatitis) to set up an additional collection of information through the cohort CUPILT. The inclusion in this cohort will be offered to people receiving ATU.
The price of the drug in the context of this cohort ATU has not yet been reported by the laboratory.

According to the summary of product characteristics, we know that the particular sofosbuvir can be used without dose adjustments with:
● the following anti-suppressing drugs: cyclosporine (carefully) and tacrolimus
● methadone (opioid substitution treatment) ,
● the following anti-HIV drugs: efavirenz (Sustiva), emtricitabine and tenofovir (Truvada), rilpivirine (Edurant, Eviplera), darunavir / ritonavir (Prezista / Norvir), raltegravir (Isentress).
However, it should not be used with products containing St. John's wort, a plant sometimes used in the treatment of mild to moderate depression and mood disorders.

For people who do not fall within the criteria of the cohort ATU, but the treatment can not be delayed, the doctor can make a nominative ATU request from the MSNA.

Unfortunately, despite pressure from associations, on the hundred nominative ATU requests granted, the Gilead has actually supplied the product to a third of people, systematically refusing to cirrhotic individuals. And even though the emergency treatment and the possibility of a real clinical benefit status had yet been validated by the MSNA.

Enough to arouse the anger of the TRT-5 and CHV which launched at the beginning of the summer, a petition that gathered more than 850 signatures. But the firm, between the decisions of experts convened by the public agency, of its own experts, remained deaf to this request, endangering the health or life of many people.

The AMM expected in January

Meanwhile, drug evaluation is well underway. In the United States, the drug has received a positive opinion on October 25 experts from the Food and Drug Administration (unanimously), the U.S. marketing authorization is expected on December 8. In Europe, after an expedited review procedure, the decision of the experts from the European Medicines Agency (EMA) is expected for November 6, for a European marketing authorization should be formally granted by the European Union in January 2014.

Therefore, the product should be available soon for those falling within the scope of the marketing authorization and do not have appropriate therapeutic alternative. However, the new legislation, introduced in the bill funding the 2014 social security could delay access. In its initial version, the section 39 restricted access, despite the issue of the marketing, to situations of ATU established before the AMM until the final redemption price was not published in the "Official Gazette" , which takes an average of one year. The version finally adopted Friday by the National Assembly, under pressure from AIDS, the CISS (interassociative Collective Health), TRT-5 SOS Hepatitis and AFM-Telethon, discusses the criteria of MA, which is a half-victory. However, it states that the lack of appropriate alternative therapy should be assessed by the Authority for Health (HAS), without specifying a time limit for rendering the decision. Which, given the usual time decision venerable institution is somewhat disturbing. The examination of the text will be in the Senate from 12 November 2013.

Posted by Hepatitis C Research and News at 11:09 PM