The trials of creating a hepatitis C vaccine 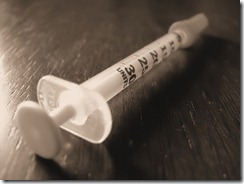 Hepatitis C is a problematic disease, for patient and clinician alike. In the UK, up to 500,000 people may be infected with the virus, and globally the World Health Organization believes the figure could be as high as 170 million people. Particularly troubling is the fact that the virus can go unnoticed for years, but during that time is capable of causing considerable liver damage.

But weight of numbers isn’t the only difficulty. In fact, perhaps the biggest barrier to creating an effective hepatitis C vaccine is the fact that the virus changes its appearance, making it hard to find a point to target in order to defeat it. “One of the big issues is the variability of the virus,” explains Dr Ellie Barnes form the Jenner Institute. “In fact, it’s ten times more variable than HIV.”

A team at the Jenner Institute led by Dr Barnes have, however, been working to create a vaccine that manages to target the small part of the virus that never changes. To do that, they captured roughly two thirds of the hepatitis C genome, and then attached it to rare adenoviruses -- essentially, strains of the common cold. By using rare adenoviruses, one of which was derived from chimpanzees, itself a world-first, the team could be sure that patients had never been exposed to them before -- a fundamental requirement for the vaccine to work.

As the team report in Science Translational Medicine, they have so far conducted a phase 1 trial in 41 patients, and the results are promising. In fact, the vaccine has been shown to produce a very strong immune response, which lasted a year, and had no major side-effects.

Prof Paul Klenerman, also of the Jenner Institute said: "The immune responses we've seen are exciting and we are beginning the next stage of trials. While we are hopeful, it could be a long road to any vaccine that protects people against hepatitis C."

The next step is to move the research forward into phase 2 trials, testing whether the vaccine can protect people who are at risk of contracting hepatitis C. In fact, those trials are already under development in the US, funded by the NIHR, and are due to commence in late 2012.

Posted by Hepatitis C Research and News at 9:32 AM