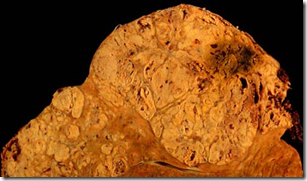 Russian scientists at the Pharmacology Institute of the Russian Academy of Sciences Siberian Department have developed a unique medication for liver cirrhosis. It is based on a chemical compound that has absolutely no analogues in the world.

Up to now, liver cirrhosis has been deemed as an utterly incurable disease. But the pharmaceutical drug created by Tomsk and Novosibirsk scientists can work wonders for cirrhosis patients. The scientists have been working on this substance for 10 years and their efforts have finally been rewarded. The specific effects of the new medication in the treatment of liver cirrhosis have been experimentally confirmed, while toxicology tests have proven that it is toxic-free, Professor Gleb Zuzkov told reporters this week:

"Experiments on animals have shown that the substance has high hepa-protective efficiency during various chronic liver diseases, including the initial stages of cirrhosis. What’s more, despite being a protein-based ferment, it has no toxic effects."

The use of electron beam synthesis nanotechnology in the drug’s creation helped obtain unique properties needed to stimulate effective regeneration of liver tissue through stimulating the patient’s own stem cells capable of restoring healthy tissue in a damaged liver. Professor Zuzkov:

"Our medicine has no analogues either among the existing drugs or the ones that are only just being developed. No other substance that has been described in scientific literature so far can boast such a pronounced effect on progenitor cells and their regulation mechanisms as ours."

The wonder medication is currently undergoing pre-clinical tests. The follow-up clinical testing and registration formalities may take around five years.

Posted by Hepatitis C Research and News at 12:20 PM