Many U.S. Adults Not Vaccinated for Hepatitis B 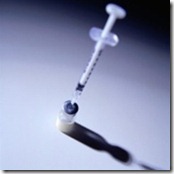 FRIDAY, Jan. 20 (HealthDay News) -- More than half (51.4 percent) of American adults at risk for hepatitis B infection have not been vaccinated, a new study says.

People at risk for hepatitis B infection, which can lead to liver disease, include those who share needles when using injectable drugs and those who engage in certain risky sexual practices. Previous research shows that 95 percent of new hepatitis B infections occur among people with these types of behavioral risk factors.

The finding about vaccination rates comes from researchers at Brown University in Providence, R.I., who analyzed data from 15,000 adults who took part in the 2007 U.S. Behavioral Risk Factor Surveillance Survey.

The study also found that more than half of those who weren't vaccinated had the potential to receive the vaccine. These missed opportunities are a reason why hepatitis B infections persist, the researchers said.

"This is a really simple thing that we could do, and if somebody ends up getting the disease because we didn't make the effort, then I think that's really a shame," study senior author Brian Montague, an assistant professor of medicine in the Warren Alpert Medical School of Brown University and a physician at the Miriam Hospital in Providence, said in a university news release.

The likelihood of vaccination was lower among people older than 33, those with less access to health insurance and those who are also unvaccinated against other diseases, such as the flu.

But even among those with access to health care, thousands of people had not been vaccinated against hepatitis B infection, the study found.

The study was published online Jan. 12 in the journal Infection.

The U.S. National Institute of Diabetes and Digestive and Kidney Diseases has more about hepatitis B.

Posted by Hepatitis C Research and News at 9:12 PM