Hepatitis carriers will get right to be teachers 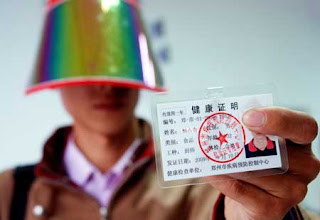 Hepatitis virus carriers in Beijing will be able to work as kindergarten teachers in the future, as authorities have cancelled restrictions against them.

The Beijing Municipal Health Bureau and Beijing Municipal Commission of Education jointly issued a notice on Wednesday expunging the rule that hepatitis virus carriers of all types were not suitable to be engaged in preschool education. In 2001, that limitation was added to the physical examination standards for teachers' qualification confirmations.

"[The notice] means hepatitis virus carriers will be treated equally," said Zhao Guowei, a publicity department officer from the education commission. "They were not allowed to teach kindergarten children before."

This move comes after a previous notice was jointly released by three ministries to preserve hepatitis B virus (HBV) carriers' schooling and working rights in January. It stated that HBV tests should be cancelled and educational organizations and employers are prohibited from carrying out HBV tests, or even inquiring about people's HBV statuses.

The Beijing No.1 Kindergarten said that in the past, applicants diagnosed as hepatitis virus carriers would not be employed. "All staff members have to receive an annual physical examination, and those not meeting the examination standards would be asked to receive treatment until they recovered," director Feng Huiyan told the Legal Mirror.

Feng said they have not received an official notice regarding revisions to the teachers' physical examination requirements, and Zhao said he is also unclear of when the new regulation would come into effect.

A 31-year-old woman surnamed Zhou, whose 4-year-old daughter is in grade 2 in a Beijing State-owned kindergarten, said she welcomed this new policy. "Maybe some parents will show their concerns toward children's safety. It's understandable," she said. "The most important thing is that authorities should further popularize hepatitis knowledge."

According to the official notice released in January, HBV can only be transmitted through blood, sex and maternal-neonatal transmission, and activities of daily life and work would not lead to virus transmission.

Source
Posted by Hepatitis C Research and News at 8:10 PM