The Claim: Exposure to Plants and Parks Can Boost Immunity 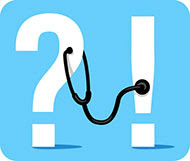 This time of year, allergies and the promise of air-conditioning tend to drive people indoors.

But for those who can take the heat and cope with the pollen, spending more time in nature might have some surprising health benefits. In a series of studies, scientists found that when people swap their concrete confines for a few hours in more natural surroundings — forests, parks and other places with plenty of trees — they experience increased immune function.

Stress reduction is one factor. But scientists also chalk it up to phytoncides, the airborne chemicals that plants emit to protect them from rotting and insects and which also seem to benefit humans.

One study published in January included data on 280 healthy people in Japan, where visiting nature parks for therapeutic effect has become a popular practice called “Shinrin-yoku,” or “forest bathing.” On one day, some people were instructed to walk through a forest or wooded area for a few hours, while others walked through a city area. On the second day, they traded places. The scientists found that being among plants produced “lower concentrations of cortisol, lower pulse rate, and lower blood pressure,” among other things.

A number of other studies have shown that visiting parks and forests seems to raise levels of white blood cells, including one in 2007 in which men who took two-hour walks in a forest over two days had a 50-percent spike in levels of natural killer cells. And another found an increase in white blood cells that lasted a week in women exposed to phytoncides in forest air.

According to studies, exposure to plants and trees seems to benefit health.

Source
Posted by Hepatitis C Research and News at 8:41 PM