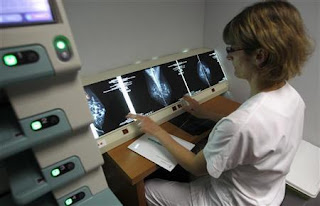 Ten doctors specialized in liver disease have warned that more than half a million Egyptians risk dying each year of liver cancer.

At a medical conference held in Dubrovnik, Croatia, they said that liver cancer struck between 2 and 5 percent of Hepatitis C and B patients--a situation they described as "a national catastrophe."

"We will for the first time have access to a genetic map of liver cancer that will help us prescribe the right treatment," said conference participant Dr. Abdel Rahman el-Ziadi.

Dr. Ashraf Omar, for his part, said: "Most important is that we analyze the tissues of Cirrhosis patients to prevent the probability of liver cancer." He added that the genetic map would enable doctors to predict liver cancer relapses.

Dr. Amr Helmy, for his part, advised periodic liver tests aimed at the early detection of liver cancer, while Dr. Wahid Doss said the disease could be accurately detected except in its later stages.

Translated from the Arabic Edition.

http://www.almasryalyoum.com/en/news/doctors-warn-risk-liver-cancer
Posted by Hepatitis C Research and News at 3:33 PM