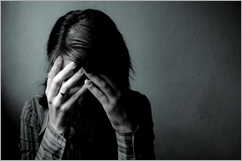 Based on research from the World Health Organization (WHO), each year 3 to 4 million people are infected by hepatitis C virus, or HCV, and more than 350,000 die every year because of this chronic disease. Fortunately, due to the introduction of direct-acting antivirals, the treatment for HCV has been dramatically improved. However, some of these medications have troublesome side effects that can interfere with normal daily activities. Here are simple and practical tips that can help in managing and reducing these side effects:

The majority of people with chronic hepatitis C or HCV will experience extreme tiredness, especially during treatment. Severe fatigue may develop in patients that don’t show any signs of changes, or perhaps small little changes in the liver. The feeling of tiredness and weakness is usually accompanied by a total lack of energy, which can affect daily activities. Peginterferon injections, which is an antiviral drug treatment for HCV, are also known to cause fatigue, which usually worsens 1-2 days after injections. It is best to plan ahead on when is the best time to receive this treatment, and make sure that you’ll be able to rest the next day. It is also important to remain physically active if you’re able, but in some cases it is best to conserve your energy, especially during treatment or if you have advance liver failure.

Flu-like symptoms -- such as chills, fever, muscle soreness and joint pain -- are common with HCV. Peginterferon injections can also cause flu-like symptoms that usually subside after two to three weeks of taking the drug. Some choose to take peginterferon injections before bedtime so that they can sleep through the discomfort; however, these same injections can cause insomnia, and in those instances, this tactic isn’t very effective. Drinking plenty of fluids can help in keeping your body hydrated and potentially aid in easing some of the symptoms. There are also medications that can help in managing the pain, but it is best to consult your doctor to avoid further complications.

Loss of appetite is fairly common among patients undergoing HCV treatment, so it’s essential for them to consume highly nutritious foods to avoid serious weight loss and other complications. Eating smaller but frequent meals throughout the day, and drinking clear fruit juices can help in adding extra calories. Add variety to the food choices and take time to make your meals appealing and tasty. Nausea is also one of the side-effects associated with HCV treatment and it can affect the appetite. Make sure to keep track of foods that can cause nausea, so they can be avoided in the future.

Avoid skipping meals because an empty stomach can also trigger nausea. Try to incorporate ginger in your meal because this spice is known to be helpful in keeping nausea at bay. If needed, you can also ask your doctor about anti-nausea medication.

Almost every patient undergoing HCV treatment may develop some type of skin condition. Porphyria cutanea tarda is one of them, and it’s characterized by fluid-filled blisters on the hands and other areas when exposed to sunlight. Though it’s incurable, it can still be managed through medication. Blotchy skin rashes are another one of the symptoms, actually caused by cryoglobulinemia, which is an autoimmune disorder commonly associated with HCV. Medications are also available to help in suppressing the immune system that usually triggers this condition. Hair loss, or alopecia, is also a side effect caused by peginterferon injections. This repercussion is only temporary, and hair usually grows back when the treatment is over.

In severe cases of HCV, vomiting of blood and bloody bowel movement can be experienced, and these conditions are also linked to cirrhosis and liver failure. Medications can help with constricting open varices, and in severe cases, endoscopic surgery can be performed. Another condition associated with HCV is thrombocytopenia, wherein the body produces a low platelet count. This can be a very serious condition, especially for those with bleeding disorders, so it’s best to consult your doctor if bleeding occurs.

Most HCV patients experience depression, irritability, insomnia and difficulty concentrating. Depression is an emotional state wherein the person feels terribly sad, and this state can last for several weeks or months. There are several antidepressant drugs available to reduce the feeling of depression. Psychological therapy is also proven effective in mood improvement. Meditative exercises such as tai chi and yoga can also help in calming the nerves and relieving stress.

David Novak’s byline has appeared in newspapers and magazines around the world. He’s an avid health enthusiast, and frequently is featured in regional and national health publications. He is also a weekly writer for Healthline. To visit his other stories on Healthline, visit http://www.healthline.com/.

Posted by Hepatitis C Research and News at 9:02 PM