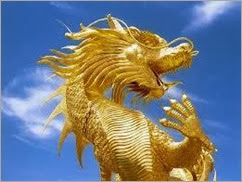 The phrase “chasing the dragon” means to inhale the vapour of heated morphine, heroin, oxycodone or opium that has been placed on a piece of foil. On the other hand, the phrase “silent” or “yellow dragon” refers to the hepatitis C virus (HCV). Small difference, big coincidence? After all, hepatitis C is so often cited as a disease that results from opioid drug use, one could easily be mistaken for thinking there is a connection! In Chinese medicine, the liver is represented by a dragon that is said to store anger. This seems like a more plausible explanation, however, it also illustrates how the same word can mean very different things depending on the context. Even though the “dragon” with respect to smoking drugs has no connection to the hepatitis C virus, it just demonstrates how the words used with regard to hepatitis C can also play upon very different meanings depending on the context. Sometimes, the result is not helpful for reducing HCV-related stigma. Perhaps this is why we not only need to “slay the dragon” with medical treatment, but also start “taming the dragon” with language instead.

Leading up to World Aids Day last year, The Stigma Project released some fantastic projects that promoted the elimination of stigma of HIV & AIDS on a global scale, “through awareness, art, provocation, education and by inspiring a spirit of living HIV Neutral.” This is something that desperately needs to be achieved within the hepatitis C affected community, too. One of the key lessons given by The Stigma Project is how to refer to a person that lives with HIV. Instead of saying that a person is “HIV positive”, for example, the non-discriminating way in which to do this is to refer to someone as “living with HIV”. Haven’t really thought about when you refer to in yourself as hepatitis C positive? Don’t worry, you have probably been labelled as “hep C positive” for so long by doctors or family, that it’s kind of hard to ignore (or deny). However, you have the right NOT to feel that your disease is what makes you who you are, simply because of living with it. Nobody living with the hepatitis C virus needs to carry the “hep C positive” label, which in itself instantly sends to other a fear inducing message that, “I am infectious”. Furthermore, describing a person as “living with hepatitis C” is indeed a more accurate description. After all, it’s not as if people living with cancer are called “cancer positive” or “cancerous”.

Let’s look at some other commonly used terms within HCV-related literature that also adds to unnecessary instances of stigma inducing concepts. The most harmful include “drug abuse” and “drug addict”. Whilst there is no arguing that hepatitis C is an infection that grossly affects people that inject drugs, it is simply unforgiving to refer to “drug abuse” as a way in which hepatitis C is spread. Not sure why? Well, it’s quite simple, really: not all drug use is abuse, and not all drug use is high-risk. As well, just the reference to “drug abuse” with respect to HCV transmission links a person’s conscious to the sordid stereotype image our society associates with a “drug addict” or (even worse) a “junkie”. More importantly, the term “drug abuse” makes no distinction between licit and illicit drug use. Rather, referring to “drug abuse” in relation to hepatitis C always affiliates the disease with illicit drug use: it creates a division based upon ideas related to “lawful” and “unlawful”. As well, it makes the assumption that people that inject drugs must also share needles - by default. With respect to HIV/AIDS education, the distinction between “safe” and “unsafe” sex is commonly accepted. It only seems fair to distinguish between “safe” and “unsafe” injecting drug use.

As well, when referring to “drug abuse” without a second-thought, the common perception is that only illicit drug use can fall under the umbrella of “drug abuse”. After all, how often do we hear the term “alcohol abuse” with respect to cirrhosis of the liver? Instead, we typically hear of “heavy” and “binge” drinking, or “alcoholism”. The terms are not used interchangeably, despite the fact they can all be classified as forms of “abuse” because of the short- and long-term effects. But because alcohol is a legal substance, “alcohol abuse” simply does not exist in our language because “abuse” carries with it a totally different moral discourse.

How successfully we can eliminate the stigma attached to hepatitis C and those that live with the virus is something we can definitely achieve by making better choices of our words. As the old saying goes, Think twice before you speak, because your words and influence will plant the seed of either success of failure in the mind of another. - Napoleon Hill (1883 - 1970)

Posted by Hepatitis C Research and News at 8:26 PM