Update on epidemiology of hepatitis B and C in China

Journal of Gastroenterology and Hepatology

Special Issue: 7th International Symposium on Alcoholic Liver and Pancreatic Diseases and Cirrhosis. Funding for this conference was made possible (in part) by Grant 5 R13AA20691-02 from the National Institute on Alcohol Abuse and Alcoholism (NIAAA). Guest Editors: Bin Gao and Fu-Sheng Wang 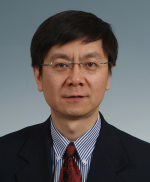 A high rate of chronic hepatitis B virus (HBV) infection in China is mainly caused by perinatal or early childhood transmission. Administration of universal HBV vaccination in infants has led to a dramatic decrease in HBV epidemiology, with hepatitis B surface antigen (HBsAg) prevalence declining from 9.75% in 1992 to 7.18% in 2006. The major HBV genotypes are B and C, with B being more prevalent in the southern part and C more prevalent in the northern part of China. A national survey carried out in 1992 showed that the hepatitis C virus (HCV) infection rate was 3.20% in general population in China. After implementation of mandatory HCV screening for blood transfusion and other precautions to prevent blood-borne disease since 1993, the new cases of HCV infection associated with blood or blood product has become very rare. Although the anti-HCV prevalence would be much higher in high-risk groups, a survey carried in 2006 showed that the anti-HCV prevalence rate was only 0.43% in general population. This sharp decline in HCV infection rate was mainly due to stringent administration and monitoring of blood donors and blood products, but may also be related to the remarkably improved specificity of anti-HCV test. The predominant HCV genotype in China is genotype 1b (60–70%), and the host interleukin-28b rs12979860 CC genotype is very frequent in Chinese population (over 80%).

Chronic infection of hepatitis B virus (HBV) or hepatitis C virus (HCV) poses serious public health problems because of the high prevalence rates in many parts of the world and adverse long-term clinical outcomes, including premature deaths from hepatic decompensation, cirrhosis, and hepatocellular carcinoma (HCC). This is particularly true in China, where the prevalence rates of HBV and HCV infection were considerably high. Fortunately, thanks to the universal HBV vaccination program in infants and mandatory HCV screening in blood donors, and other precautions to prevent blood-borne diseases in health-care settings, the landscape of HBV and HCV epidemiology infection has changed greatly. In this short review, we will provide an update on epidemiology of HBV and HCV infection in mainland China.

China used to be a high endemic area of hepatitis B. A nationwide HBV sero-epidemiological survey conducted in 1992 showed that the HBsAg carrier rate in the whole population was 9.75%.[1] The HBsAg positive rate in the age group of 1–4 years already reached the level of the general population, suggesting that perinatal or early childhood acquisition of HBV may play a major role in chronic infection. It is estimated that 120 million people carried HBsAg, and around 300 000 of them died annually of liver cirrhosis and HCC.

With the increasing coverage of HBV vaccination in infants, the HBsAg carrier rate in the vaccinated group (1.1%) has dramatically declined as compared with control group (15.8%), giving a protective efficacy of 93.0% (95% confidence interval [CI]: 92.1–94.0%).[5-7] The prevalence of anti-HBs was higher in fully immunized children (63.2–74.3%) than non-immunized children (21.1–34.8%).[4] A recent study on the infants immunized with plasma-derived HBV vaccine showed that although the anti-HBs positive rate and its titer decreased with time, the average HBV carrier rate of 1.6% did not increase during the 15 years after vaccination.[7] These data indicate that HBV vaccination not only reduces the HBsAg prevalence in early years but also possesses long-term immunity against HBV infection.

To evaluate the overall efficacy of HBV immunization, another nationwide HBV sero-epidemiological survey was conducted in 2006.[8] A total of 81 775 individual serum samples were collected at 160 disease surveillance sites from 31 provinces. To minimize bias, a multistage, cluster-randomized sampling from both rural and suburban was adapted in this survey. The result showed that the HBsAg carrier rate among aged 1–60 was 7.18% in 2006, giving an approximately one quarter declining from 9.75% in 1992.[8] Of note is that the HBsAg prevalence reduced remarkably among children aged < 15 years, especially among those aged < 5 years who have a prevalence of HBsAg less than 1.0%.[8] Therefore, HBV infection in China now should be changed from a high endemic area (with HBsAg prevalence in general population > 8%) to an intermediate endemic area (with HBsAg prevalence in the general population of 2–8%).

However, in China, the prevalence of HBV infection in some high-risk groups may still be much higher than that in the whole population. For example, the pooled prevalence of chronic HBV infection among hemodialysis patients was 11.9%.[9] Similarly, the overall prevalence of HBsAg was 12.49% (95% CI: 11.50–13.48) in HIV-positive patients, with needle sharing and unprotected sexual exposures being the major modes of HBV transmission in this special population.[10]

As chronic HBV infection is a major cause of cirrhosis and HCC, it is not surprising that HBV vaccination will also reduce the morbidity and mortality of these HBV-associated liver diseases. A study carried out in Long-an County, Guangxi Zhuang Autonomous Region in China showed that the HCC mortality among children aged 1–10 years old who had an HBV vaccination coverage of 89.9% was 0.4/100 000, which is remarkably lower than that in a control cohort born before the introduction of HBV vaccination program (5.7/100 000).[11] These data suggest that HBV vaccine administration in infants not only prevents HBV infection, but also reduces the morbidity and mortality of HBV-associated liver diseases, including HCC.

Molecular epidemiology of HBV in China

Whereas genotypes A and D are rare in China, genotype B and C are predominant, with more genotype B in the southern part and more C in the northern part of the country. In some regions of northern China, sub-genotype C2 is predominant, whereas sub-genotype C1 is more prevalent than C2 in southern China.[12-18] In western China, besides HBV sub-genotypes C1 and C2, the high prevalence of CD1 and CD2 was also found in Tibetan population, indicating that the distribution of these two sub-genotypes may be related to ethnic origin.[19] Compared with genotype B, HBV genotype C exhibits less replication activity in young patients but harbors higher frequencies of HCC-associated mutations.[20]

Epidemiology of hepatitis C in China

China was considered a relatively high endemic area of HCV infection in the past. According to a national epidemiological survey carried out in 1992, the prevalence of anti-HCV averaged 3.2% in the general population, with blood or blood product transfusion as a major route of infection.[1] Since 1993, mandatory screening for anti-HCV before blood donation has been implemented. In addition, safe injection and other precautions to prevent blood-borne disease transmission have also been reinforced. Rewardingly, new cases of hepatitis C due to recent blood transfusion or invasive medical procedures have declined dramatically. As shown by a new national survey in 2006, the prevalence rate of anti-HCV is only 0.43% in mainland China.[21] The prevalence of HCV infection varies across different regions of China: the prevalence in northern area (0.53%) is higher than that in southern area (0.29%), but there is no statistically significant difference on anti-HCV prevalence across the eastern (0.37%), middle (0.67%), and western (0.31%) regions.[21]

No doubt this sharp decline in the prevalence of anti-HCV in China was mainly due to the implementation of stringent and effective precautions to control the HCV transmission in blood or blood product transfusion and other health-care settings. However, there are other possible explanations for this quick change in HCV epidemiology. One possible explanation is that the third generation of anti-HCV test used in the new survey in 2006 had a much better specificity than the first-generation test used in the first survey in 1992, therefore yielding much fewer false positive results. Another explanation was that the people at risk for HCV infection were underrepresented in the sample population. Indeed, some studies have identified a much higher prevalence of anti-HCV in high-risk groups, such as paid blood donors, patients on hemodialysis, patients with hemophilia, injection drug users (IDUs), men who have sex with men, and those with multiple sex partners. According to a meta-analysis,[22] the pooled prevalence of HCV infection among all blood donors in mainland China from 1990 to 2010 was 8.68% (95% CI: 8.01–9.39%). HCV infection rate in paid blood donors (15.53%, 95% CI: 13.28–17.91%) was significantly higher than that in voluntary blood donors (0.97%, 95% CI: 0.79–1.16%).[23] The prevalence of HCV infection in patients on maintenance hemodialysis in China was 41.1% (95% CI: 39.5–42.6%).[23] Furthermore, hemodialysis patients with blood transfusion were 5.65 times more likely to be infected with HCV than hemodialysis patients without blood transfusion.[24] The pooled prevalence of HCV infection among IDUs in China was 61.4% (95% CI: 55.7–67.2%), and the epidemic was most severe in provinces/autonomous regions likes Hubei, Yunnan, Guangxi, Hunan, and Xinjiang.[25] Due to shared risk factors for transmission, co-infection of HIV and HCV is common, especially among IDUs.[26] Several sero-epidemiological surveys revealed that the prevalence of co-infection of HCV in patients with HIV infection was 41.83–87%[10, 27-30]

Taking the above considerations into account, it is estimated by some experts that the “true” prevalence of anti-HCV may be around 1% in China.

The genotypes of HCV in China include four major genotypes and nine subtypes. The predominant HCV genotype in China is genotype 1 (69.6%),[31] with type lb in particular (accounting for 68.38%), followed by 2a (19.46%). Less common genotypes of 3b and 6 (mainly 6a) were seen mainly in the southern provinces. The HCV genotype 6 infection in Han Chinese is mainly found in the southern and western China, and the patients are usually younger than those with HCV genotype 1 infection.[32] Whereas subtype 1b strains are more likely associated with transmission via blood transfusion and medical procedures, subtype 6a strains are more likely linked to IDU and sexual transmission.[33]

In 2009, three genome-wide association studies reported that single nucleotide polymorphisms near IL-28B gene region were identified to be associated with the treatment efficacy of pegylated-interferon-α and ribavirin (peg-IFN-α/RBV) in HCV-infected patients.[34-36] The IL-28B gene allele frequency was reported to vary according to ethnicity. Liao et al. demonstrated that the rs12979860 C allele frequency is higher in Chinese patients than that reported in Caucasian patients.[37] This global difference of allele frequency may explain why Chinese patients respond better to peg-IFN-α/RBV therapy. Recently, Wei et al. and Ju et al. presented that the major genotype of HCV is 1b (around 60–70%), and the predominant host IL28b genotype of rs12979860 is CC (84%) in two large cohorts of Chinese HCV patients.[38, 39]

The authors do not have any conflicting interests to declare.

Posted by Hepatitis C Research and News at 6:10 PM