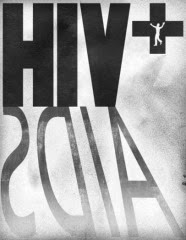 The U.S. Census Bureau announced that it has updated its HIV/AIDS database with new data for more than 100 countries, including China, Ghana, Ethiopia, India and Cameroon. (Ken Orvidas / For the Times)

The U.S. Census Bureau announced Monday that it had updated its world HIV/AIDS database to include new data on more than 100 countries, including China, Ghana, Ethiopia, India and Cameroon.

The update comes as United Nations officials are reporting "dramatic" progress in the fight against HIV/AIDS.

The U.S. Census Bureau HIV/AIDS Surveillance Database is a compilation of data from 219 countries or regions, and tracks the prevalence of HIV infection, AIDS cases and related deaths. The primary purpose of the database is to collect and disseminate information from developing countries, and is used by the U.S. Agency for International Development.

According to the database user's guide, the Census Bureau was first tasked with collecting HIV/AIDS data in 1987, when it became clear that the information was readily available to researchers and government organizations.

In 2012, an interactive version of the database was made available online. It does not contain statistics for the United States. Those figures are available through the U.S. Centers for Disease Control and Prevention.

Posted by Hepatitis C Research and News at 12:21 AM