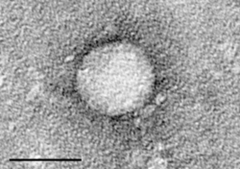 Published on September 9, 2013 by Emma Rogers

A new study published online in the August 26 issue of Proceedings of the National Academy of Sciences gives insight on how to overcome autoimmune deficiencies caused by hepatitis C and hepatitis B.

The study was conducted by research teams at the Research Institute at Nationwide Children’s Hospital and Emory University. The study sought to discover if blocking a protein that helps hepatitis C control T cell function in the body would restore immune function, allowing it to fight off the hepatitis C infection.

The researchers based the experiment on programmed cell death 1, which tells T cells when to turn off and has been proven to shrink tumors in humans. PD-1 is the antibody that becomes controlled by hepatitis C during an infection, leading to the T cell exhaustion that makes T cells unable to fight off infection.

In the study, researchers gave animals with persistent HCV infection multiple doses of an anti-PD-1 antibody. The response among the animals was mixed, but did suggest that the amount of HCV-specific T cells in the liver at the time of treatment changes the efficacy of the treatment.

“Our supposition is that these T cells remained in the liver for years at levels too low to detect before treatment, and had the capacity to expand after treatment,” Dr. Christopher Walker, a senior author on the study, said. “The animal that responded to therapy had a broad, strong response during the early acute phase of infection. This suggests that one predictor of response to an anti-PD-1 antibody is the quality of the T-cell response when the initial infection occurs.”

The findings suggest the anti PD-1 antibody may be more effective against chronic hepatitis B infection. Research will commence in the near future to study the antibody’s effect on hepatitis B and the role of T cell immunity.

Posted by Hepatitis C Research and News at 9:43 AM