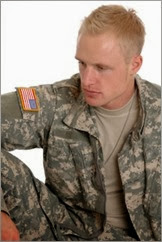 Despite what opponents thought would happen, the repeal two years ago of "Don’t Ask Don’t Tell," the law that kept gay men and lesbians from openly serving in the military, has not resulted in HIV infection increasing.

"No statistically significant rise in HIV infection rates can be noted since DADT was repealed," John Gillespie, co-chair of OutServe, told EDGE. "In some services, such as the Air Force, there has been a steady decline." OutServe-SLDN, the association of actively serving LGBT military personnel, provides legal services, and acts as a watchdog and policy organization dedicated to bringing about full LGBT equality to America’s military.

Although there has not been a significant increase in HIV infections in the Armed Forces, Gillespie noted that the military continues to do surveillance for HIV among military members "to ensure their health and maintain force readiness." The periodic testing helps assist in early detection of HIV infection.

Service members on active duty or reserve duty in all branches of the military services are currently screened every two years. Testing is also performed within 24 months after a permanent change of station orders, as well as during selected pre- and post-deployment periods.

Just such testing uncovered a number of HIV cases in the military. Earlier this year, Fort Bliss in El Paso, Texas, led Army installations with the most HIV infections in the past two years. Former Air Force Sgt. David Gutierrez was charged with aggravated assault for exposing multiple sex partners to HIV at swinger parties in Wichita, Kansas. Two years ago, Gutierrez was sentenced to eight years in prison.

Such situations come to no surprise to Gillespie. He observed that the military is made up of younger males who typically engage in risk-taking behaviors and may not be up to date on safer sex. The repeal of "Don’t Ask Don’t Tell," however, has actually provided additional opportunities for prevention messages targeted to men who have sex with men.

According to data collected by Dr. Wesley D. Reynolds of the US Air Forces, the years from 1990 to 2011 saw 7,423 cases of HIV in the military. Of those numbers, 1,485 are still currently serving in the military. (This data excludes the Air Force Reserve.)

The U.S. Department of Defense works to minimize the risk of HIV transmission through aggressive disease surveillance and health education programs. Its education and prevention programs are often targeted to military service members who engage in high-risk sexual behavior, Gillespie noted. 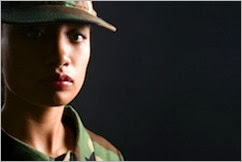 While there are policies in place that reduce sexual interactions among service members, they are difficult to enforce. Gillespie pointed out that recent results of surveys of members of the military have revealed that safe-sex messaging, particularly on the importance of condom use, remains "unheeded by many."

If there are safe sex education programs in place, they are often more geared to men, Chantell D. Leak, who had served in the Navy, told EDGE. Leak, who served during DADT, said that for the most part her sexuality didn’t matter.

"The military is an organization with a very heteronormal, male-dominated perception on how it should operate," Leak complained. "When it comes to sex education, it is almost non-existent. If you are lucky to have a command which puts emphasis on safe sex practices, they are geared solely towards male protection and not on both-sex protection."

Leak witnessed this bias firsthand when a group of concerned females in her command brought up a request for female condoms to be provided for free in their medical unit -- as male condoms were. It took forever for their request to be fulfilled, Leak recalled: "When we asked why there weren’t any in stock for females, one woman was told there was simply not a great demand for them onboard."
That said, she added that "with the exclusion of HIV/AIDS and other incurable STD’s/STI’s -- which is not accepted in any branch of services -- they provide good medical treatment for sexually transmitted diseases."

Leak believes that the male-dominated thinking prevalent in the military needs to be changed, especially when it comes to issues to surrounding sex. "Females make up a significant percentage of sailors in the Navy," Leak pointed out. The total number of active and reserve females enlisted is 56,214, or 18 percent of enlistees.

SHARP, which stands for the Sexual Health and Responsibility Program, was established in the Navy and Marine Corps in 1999 as a public health center that converted an HIV train-the-trainer program into a broader effort aimed at preventing, not only HIV, but all sexually transmitted infections (STIs) as well as unplanned pregnancies.

STD’s and HIV have been on the military’s radar for years. In 1994, prevention of STD transmission has become a much higher priority in the military because of HIV.

The Armed Forces work to make sure that they have a population of combat-ready men and women. If a service member becomes diagnosed with HIV, they may remain in service as long as they are able to perform their military duties, according to Gillespie.

Some services, like the Air Force an Army, do limit deployments and mobility based on infection. But the Navy has begun to open up more assignments overseas and at-sea duty to HIV positive sailors.

Fighting HIV in the military is an ongoing project. For now, there appears to be progress on all fronts, from education to HIV-related discrimation.

Posted by Hepatitis C Research and News at 9:37 AM