The Cost of an Unfortunate Mistake 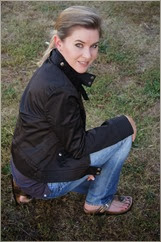 The other day, I read how the newly released sofosbuvir treatment for hepatitis C will carry a price tag of USA$80,000 = $AUD87,727. That is certainly a small fortune, comparable to a deposit for a nice house in Sydney, Australia; or an above average salary. Whilst I could never save up that amount of money myself, I am therefore very grateful that the cost of treatment will be fully subsidised by the Australian Government's Medicare system. Whilst I was already aware that the drugs for hepatitis C are very expensive, I just still can not come to terms with the fact that sofosbuvir will be nearly three times as expensive as interferon!!

Thinking of the USA$80,000 price tag also got me wondering about whether it might lead to a new wave of discrimination against the most highly affected group infected with the hepatitis C virus: injecting drug users. Considering that recent reports in the UK reveal that the sharing of needles is still occurring in countries where needle and syringe programs exist, will it unnecessarily follow that the high price of new hepatitis C drugs may lead to a greater expectation for injecting drug users somehow to prove that they are not going to be at future risk of reinfection? But aren't we all automatically entitled to receive health care, irrespective of race, gender or sexual orientation?

Sometimes, I empathise with the fact that doctor's do not want to prescribe such expensive drugs for the treatment of hepatitis C to a user group that may still be actively engaged in an activity that represents 60% of hepatitis C virus infections world-wide. I can understand their frustration, as after all, to see a person come back reinfected due to unsafe injecting practises (and yes, this does occur despite the fact there are needle and syringe programs in place across Australia, New Zealand and the UK that offer injecting drug users access to sterile equipment) is, arguably, a considerable waste of money. And time, and effort (especially if treatment is repeated). However, there is concrete evidence to suggest that the treatment of hepatitis C among injecting drug users can effectively reduce transmission. Is this not the hope for all of those affected by the virus to effectively reduce transmission?

Then I got thinking about how alcohol and tobacco cause so many health related problems that also require expensive health care treatment. However, the difference remains that these products are taxed. Is this a reasonable argument for the legalisation of illicit drugs, or not? After all, the money the Government miss out on in the way of tax for the sale illicit drugs is in the millions! More importantly, is this also the reason for why those that consume heavily taxed substances, such as cigarettes and alcohol, effortlessly receive expensive health care? As opposed to those that do not? As someone that is living with an infectious disease as a result of illicit drug use, I feel strongly that there is an obvious gap that can only be described as grossly unfair. To determine if a person should be entitled to health care based on their individual preferences is simply a form of discrimination. Sadly, this is a reality that a lot of injecting drug users (past and present) still face today. In my humble opinion, it merely indicates that the Government desperately needs to review the harmful laws regarding drug policy.

If anything, I am still feeling so overwhelmed that I will receive such an expensive course of treatment for a very unfortunate mistake I once made. Whereas last time, I never planned to stop injecting drugs, this time, I know I have. If anything, I am looking forward to the peace and mind that if, in the future, I receive another blood test that indicates the virus is still detected after treatment, then nobody will be able to accuse me wrongfully of sharing needles ever again. Because even though I am by no mean anti-drugs, or anti-drug users, I am certainly not in favour of being treated discriminately anymore for any reason.

Personally, this will be a peace of mind that I consider priceless, forever.

Posted by Hepatitis C Research and News at 10:27 PM