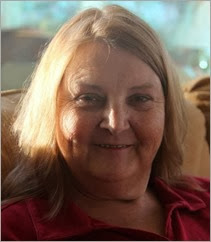 Hey there, my name is Rita.I am 53 (be 54 in 2 weeks) I was an LPN for 29 years. I got Hep c while working in an E.R. and a patient came into the E.R. and was bleeding badly.I had a open "booboo" on my lower arm and despite the fact I had a bandage on my arm and was wearing protective gloves, this patients’ Hep C blood mixed in with my open wound and the rest is sadly history.

I went on with my life for several years and was the picture of health. I began to notice as did others around me that I was getting very tired often. I had always been a ball of energy, a real go getter so to speak. My GP noticed I was low on energy (I worked in the office with my GP). So he said something had to be wrong with me because I was staying so tired and began to have n/v and losing weight. He did LFT's on me that came back elevated and then followed that with a Hepatitis panel. Sure enough I was diagnosed with Hep C April of 2011. I had a biopsy and am genotype 1A with (at that time a stage & grade of 2/3) VL at that time was 33 million. I began triple therapy in August of that year. Well I lasted for 3 months on treatment and they had to take me off. My  load had began to go up despite the fact I was on treatment. The doc said that my body was immune to the meds and that I couldn't take any of those 3 meds again. But I sure had most of the side effects. I tell ya. I was diagnosed the end of last year with cirrhosis.That is where I stand now. I'm waiting and praying that a new treatment comes out for which I am a candidate to take. We all MUST hold each others hands and walk this path and journey together. Who knows what a Hepper goes thru better than another Hepper ....... Hugs and love brothers and sisters.

Posted by Hepatitis C Research and News at 9:55 PM