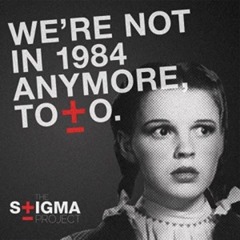 A public school district in Arkansas has removed three siblings from school because administrators suspect they may be infected with HIV, according to a local disability rights organization. Under the Americans with Disabilities Act, public schools may not ban children simply based on their HIV status.

The three siblings — two of whom have disabilities — are living with a foster family and attending the Pea Ridge Public School District. But school district officials recently found documentation that suggested the birth mother and one of the kids are both HIV-positive, and told the foster family that none of the children could return to school until they provided proof that they don’t have the virus. When the kids were sent to school the next day anyway, they were “set aside until the foster parents picked them up,” according to a local news outlet.

The Disability Rights Center of Arkansas is accusing the school district of illegally discriminating against the children. They say that school officials have no right to demand medical testing at whim — particularly since, even if the children did test positive for HIV, they would still have the right to attend public school.

“The fact that the foster families have to provide documentation that the children are HIV negative before entering the school is unlawful and immoral,” the group said in a statement last week. “It stigmatizes individuals with disabilities — or their ‘perceived’ disabilities, as there is no indication these individuals have HIV. There is only an unlawful fear that they do.”

The Disability Rights Center is fighting to ensure that the three kids will be placed back in their school. The superintendent of the Pea Ridge district has declined to offer a statement on the controversy, but has indicated the school sought legal counsel before making their decision.

Last year, a private school in Pennsylvania sparked widespread protests after denying admission to an HIV-positive boy. Advocates pointed out that children shouldn’t be denied education opportunities simply because they have HIV. The school eventually reversed its decision after a legal battle with the U.S. Department of Justice, and agreed to provide staff with additional HIV sensitivity training.

Despite significant medical advances that help HIV-positive Americans live increasingly longer and healthier lives, many people still have widespread misconceptions about how the virus is actually spread. That lack of education has contributed to a pervasive stigma surrounding HIV — and a reluctance to integrate HIV-positive individuals with other people who don’t have the virus. Ultimately, that type of stigmatization only helps maintains the epidemic by hampering HIV prevention and outreach efforts.

Posted by Hepatitis C Research and News at 12:14 PM