Treating HCV -- Is the Price Right? 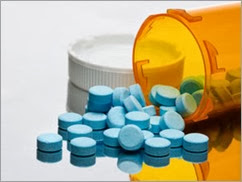 New drugs on the horizon hold out the promise of being able to cure up to 90% of people with chronic hepatitis C (HCV). They are also promising to be expensive.

Eyebrows went up recently when Gilead Sciences announced the per-pill price for its new anti-HCV drug sofosbuvir (Sovaldi) would be $1,000. Over a 12-week treatment period, that amounts to $84,000 -- without counting the cost of other medications that would be used with sofosbuvir.

The other recently approved medication -- Janssen's simeprevir (Olysio) -- is being priced at $66,360 for a course of treatment, again without the cost of other medications.

But are those costs out of line for drugs that promise to cure a notoriously refractory illness in eight or nine cases out of 10? Especially when you consider that HCV is widespread, underdiagnosed, and leads in many cases to serious liver disease and death?

Short answer: No one really knows.

"There's a lot of sticker shock in medicine," according to Nancy Reau, MD, of the University of Chicago Medical Center.

But the price tag has to be weighed against the benefit, she and colleague Don Jensen, MD (also at Chicago) argued in a recent article in Hepatology that tried to parse the issue.

In the case of HCV, that's not a simple matter.

The CDC estimates that some three million Americans have chronic HCV, although most don't know it because it is usually without symptoms for many years.

But the disease has some serious consequences -- in the U.S., it is the leading cause of cirrhosis and liver cancer, the most common reason for liver transplantation, and it's estimated that 15,000 people die of HCV-related causes every year.

HCV treatment is measured with what's called the sustained virologic response, or SVR -- no detectable virus 24 weeks after the end of a course of treatment. A person whose treatment results in an SVR has less than a 1% chance of relapse, history shows, and to all intents and purposes is cured.

Cures have never been cheap or easy to come by. The earliest therapy was interferon-alfa for 24 weeks at a cost of less than $20,000 in today's dollars, Reau and Jensen noted.

The downside was that only 6% of patients achieved an SVR -- were cured. "That's an expensive therapy -- to treat 100 people to get six cures," Reau told MedPage Today.

But the odds of achieving SVR steadily improved: first with the use of 48 weeks of pegylated interferon, coupled with ribavirin, and then in 2011 with the addition of the first agents aimed directly at the virus -- the protease inhibitors (PIs) telaprevir and boceprevir.

However those therapies remain expensive and -- in real-world use -- not startlingly effective, according to Andrea Branch, PhD, of Mount Sinai Hospital in New York City.

Branch and her students looked back at 147 patients treated in their hospital with telaprevir, plus peginterferon and ribavirin, and asked how much a cure cost.

If the new drugs live up their promise of SVR rates in the range of 80% to 90%, Branch toldMedPage Today, it may well be that they will be cheaper to use -- on a per-cure basis -- than PI-based triple therapies.

"If these new drugs perform as expected and the costs are as expected, I think there will be an economic saving compared with previous triple therapy," she said.

Branch and her group will be monitoring outcomes with the new drugs and hope to have some real-world data in about 9 months, she said.

For an individual HCV patient, a cure can be quite literally priceless, Branch said -- the gift of life. But how do cost and benefit play out across the whole healthcare system?

On a broad scale, the equation is simple, Reau said: "People with hep C cost money."

For instance, one study found that the average annual health care cost for a patient with HCV was $24,176 -- but the expense rose markedly with advanced disease, reaching $59,995 among patients with end-stage liver disease.

"The only way to truly prevent that is to treat people before they declare themselves as someone who is going to get end-stage liver disease," she said.

A liver transplant, for instance, costs about $577,000, all in. A 12-week course of treatment that cured the HCV and prevented the need for transplant would be a good deal -- unless the therapy were horrendously expensive.

Even preventing some of the less serious complications would save money. A 2013 study among HCV patients found that curing them (with peginterferon and ribavirin) reduced annual medical costs by $2,648 on average, compared with patients treated but not cured.

On the other hand, those studies looked at patients already diagnosed with HCV and displaying at least some symptoms. What about the millions of hidden cases? What's the number needed to treat to prevent the serious consequences?

The CDC is urging all Americans born from 1945 through 1965 to get tested for HCV, arguing that they could then get treated with the new drugs, which the agency says would save lives and prevent many of the other consequences of the disease.

The cost-benefit implications of treating those people are not known, although Reau said it's likely they resemble the diagnosed cases in at least one way -- about a third will go on to have serious HCV-related disease.

Absent a cure, their HCV will be a drain on the healthcare system for years.

Traditionally, HCV treatment has been aimed at the sicker patients, largely because the therapy itself has had such unpleasant side effects that a relatively healthy person would be better off skipping it.

The downside of that practice has been that sicker people generally do less well on therapy, inflating the cost per cure, Branch said.

Indeed, many physicians have been "warehousing" relatively healthy patients, waiting to treat them until the less toxic direct-acting agents to win approval.

Another aspect of the cost issue is that prices aren't written in stone, Reau said, noting that four pharmaceutical companies have drugs in the pipeline. "It's hard to imagine that when there are four companies out there vying in the hep C space that some of that consumer drive won't affect prices," she said.

The drugs themselves are not expensive to make, according to a study presented at the 2013 meeting of the American Association for the Study of Liver Diseases.

Looking just at the chemistry, researchers led by Andrew Hill, PhD, of Liverpool University in England, estimated that, for example, the full 12-week course of sofosbuvir would cost about $136 to make.

Naturally, drug makers will want to recover the costs associated with the development program and make some money for their shareholders. For instance, among other costs Gilead paid $11.2 billion to buy the company that first created sofosbuvir.

There is pressure for Gilead to charge less for the drug in the developing world, and the company is reportedly in talks with Indian firms to make and market sofosbuvir at a fraction of the U.S. sticker price.

That pressure is likely to be placed on other manufacturers as well and, of course, there will be continuing pressure in the developed world to lower prices.

In the U.S., Reau and Jensen noted, the baby boomer generation is now old enough that much of the HCV treatment costs for that cohort will be borne by Medicare.

Moreover, a recent study in Alabama found that HCV prevalence appears to be higher among the uninsured and those on Medicaid than those with private insurance or Medicare.

In that context, widespread HCV treatment is likely to be "a financial burden on our health care system," but, Reau and Jensen argued, it will higher in the long run if people are not treated.

Also See: Sticker Shock and the Price of New Therapies for Hepatitis C: Is it worth it?

Posted by Hepatitis C Research and News at 2:36 PM