Screening urged for Hepatitis C but drug costs are prohibitive 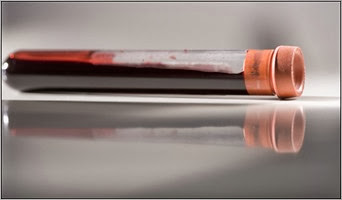 With new medications that cure over 90% of hepatitis C, experts are urging that screening recommendations expand to include all Canadians born between 1945 and 1975.

Sergeant Lance Gibson contracted hepatitis C from a blood transfusion in 1981, but only received a diagnosis 28 years later.

“My liver was already in stage 5 liver disease,” explains Gibson. “So when I found out, it was already too late and I needed a transplant.”

As is typical of hepatitis C, he had no obvious symptoms of liver disease, which likely contributed to the delay in diagnosis.

With new medications that cure over 90% of hepatitis C, liver disease experts are urging that screening recommendations expand to include all Canadians born between 1945 and 1975. But there are two difficulties with this plan: Who will do all the screening? And who will pay for the new medications when the cost of a cure is $60 000?

The current practice of screening only those at high risk of exposure to hepatitis C, such as intravenous drug users or those exhibiting symptoms of the disease, is outdated, says Dr. Morris Sherman, chairman of the Liver Foundation. “The bigger concern is the far larger group of people who are not injection drug users, or at least not current injection drug users, and who did not acquire their disease recently, but acquired it many years ago.”

Hepatitis C is transmitted by contact with infected blood, including through shared needles or other illicit drug paraphernalia, contaminated sharp instruments, some higher-risk sexual behaviours and blood transfusions or organ transplants prior to 1992 in Canada.

Testing all Canadians born 1945–1975 would capture some 80% of individuals with the disease, Sherman estimates based on an analysis of Public Health Agency of Canada data. According to the agency, about 240 000 Canadians are infected with hepatitis C. The disease is linked to chronic liver disease and increased risk of liver cancer.

With the new medicines approved by Health Canada, hepatitis C is also “one of the very few, maybe the only, chronic viral disease that can be cured by medication,” says Sherman.

The United States has already adopted widespread screening of citizens born 1945–1965. The hope is that earlier diagnosis and treatment will make stories like Gibson’s rare.

However, not everyone is convinced that expanding screening recommendations is the right approach.

Alan Cassels, a drug policy researcher at the University of Victoria in British Columbia is one such critic. “I’ve seen numerous examples in the past of large-scale screening programs launched on populations without any adequate consideration to the downsides or the harms inflicted on the population.”

Cassels also questions whether there are more pecuniary motives behind the push for wider screening.

“We should focus our energy on the high-risk group, but then again, that’s not where the money is,” he says. “You can’t deny the market forces at play when it comes to screening.”

Although Health Canada has approved a medication to cure hepatitis C, provincial governments have yet to decide whether they will fund the drugs. That’s a big problem because the medicines are expensive.

Sovaldi (sofosbuvir), currently under review at the Canadian Agency for Drugs and Technologies in Health prior to potential approval by the provinces for drug formularies, is set at $650 per tablet in Canada. Sherman says that governments or insurance companies who opt to cover the drug will likely pay less. Until then, patients with hepatitis C can expect to pay about $60 000 out of pocket for the cure.

Meanwhile, it remains unclear how current numbers of liver specialists will be able to meet increased demand for screening.

“The short answer is, with difficulty,” says Sherman. “I think hepatologists are maxed out at the moment.” He notes that wait-times vary across the county, but are in the order of three to six months if not longer.

Sherman anticipates family doctors, as well as gastroenterologists and infectious diseases doctors, will play a greater role in the management of hepatitis C to meet the demand created by wider screening.

But Dr. Frank Martino, past president of the Ontario College of Family Physicians, says that family doctors are already stretched thin prioritizing the many messages and updates received from various specialists. When asked how he keeps up, he muses: “That’s the perennial question, isn’t it? Getting education out there is crucial.”

Sherman believes these obstacles can and will be overcome.

“Hepatitis C is an unprecedented situation for health care,” he argues. “I don’t know if there’s ever been a situation where there are so many people who require such expensive drugs that are so effective. And failure to provide these drugs is going to have a major impact on patient survival.”

Posted by Hepatitis C Research and News at 3:09 PM