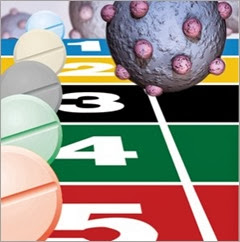 Boston—Over the next five years, a whirlwind of new direct-acting antiviral agents (DAAs) for hepatitis C are expected to get the green light from the FDA. The recent approval of simeprevir (Olysio, Janssen) and sofosbuvir (Sovaldi, Gilead)–containing regimens is only the tip of the iceberg.

“There are multiple, oral, interferon [IFN]-free DAA regimens in late-stage clinical trials with high SVR [sustained virologic response] rates,” said Mark Sulkowski, MD, medical director of the Viral Hepatitis Center in the Divisions of Infectious Diseases and Gastroenterology & Hepatology and professor of medicine at the Johns Hopkins School of Medicine, in Baltimore.

These include the Gilead-based regimen of sofosbuvir plus ledipasvir, with or without GS-9669; AbbVie’s ABT450/r plus ABT267 and ABT333; Boehringer Ingelheim’s faldaprevir plus deleobuvir, with or without PPI-668; Janssen’s simeprevir and samatasvir plus TMC647055/r; and Merck’s MK-8742 plus MK-5172. At press time, Bristol-Myers Squibb was in the process of submitting a regulatory filing for either daclatasvir plus asunaprevir, or this combination plus BMS 791325.

Protease inhibitors prevent cleavage of HCV polypeptides into the mature viral proteins necessary for replication and tend to be genotype-specific. Polymerase inhibitors can be subclassified into nucleos(t)ide analogs and non-nucleos(t)ide analogs. Nucleos(t)ide analogs, which are pangenotypic, mimic the natural substrates of polymerase and inhibit the active site. Non-nucleos(t)ide inhibitors, aimed at HCV genotype 1, bind to several discrete sites outside of the polymerase active site, resulting in a conformational change, which in many cases, but not always, leads to loss of polymerase function. The NS5A inhibitors interfere with a membrane-associated phosphoprotein involved in HCV virion production. The treatment strategy involving these new agents is to include drugs that attack at least two different HCV targets in a single regimen.

“We are now going to get into an era of using combinations of direct-acting antivirals,” said Luis Balart, MD, chief of gastroenterology and hepatology at Tulane University School of Medicine, in New Orleans. “There will be two drugs, three in some cases, attacking the virus at different sites. By attacking the virus at two or three different sites, you prevent the resistance to agents that may lead to failure or cause patients to relapse.” 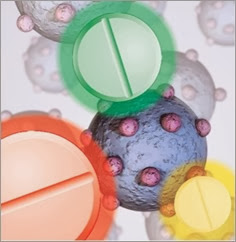 The National Institute of Allergy and Infectious Diseases SYNERGY trial tested SOF/LDV FDC alone for 12 weeks or in combination with GS-9451 or GS-9669 for six weeks in HCV genotype 1–infected patients; nearly 90% of patients in the trial were black. SVR at week 12 was 100% in patients who received only the fixed-dose tablet. Among patients who received combination treatment, SVR at week 4 was 90% at the time the data were reported, with one relapse. Efficacy was not reduced in patients with baseline NS5A resistance variants, and the regimens were well tolerated.

The PEARL-I trial tested 12 weeks of treatment with ABT-450/r, an HCV protease inhibitor dosed with ritonavir, plus ABT-267, an HCV NS5A inhibitor, in HCV genotype 1b, treatment-naive patients (n=42) and prior null responders (n=40) with stage F1 to F3 fibrosis. Roughly 95% of treatment-naive patients and 90% of null responders achieved SVR at week 12. There were no treatment discontinuations due to adverse events, and only one drug interruption because of grade 3 alanine aminotransferase elevation.

Researchers also presented results from a cohort of HCV genotype 1 patients treated in the AVIATOR trial with ABT450/r, ABT267 and ABT333 for 12 or 24 weeks, including 159 treatment-naive patients and 88 null responders. All 24 patients in the trial who required dose reductions achieved SVR at week 24. In the 223 patients who maintained full doses, 92.1% of treatment-naive patients and 94% of null responders achieved SVR at week 24.

The SOUND-C3 trial tested faldaprevir and deleobuvir plus ribavirin for 12 weeks in HCV genotype 1a (n=12) and 1b (n=20) patients. Although 10 of the 12 HCV genotype 1a patients failed therapy, 95% of patients with genotype 1b (19 of 20) achieved SVR at week 12. A Phase III trial in genotype 1b patients is under way.

In another trial of faldaprevir and deleobuvir, 12 weeks of treatment including PPI-668, with or without ribavirin, is being tested in 37 patients with HCV genotype 1a. At press time, all 13 patients who were evaluable at week 4 had achieved SVR. Only one patient discontinued therapy due to gastrointestinal symptoms.

The C-Worthy trial tested the NS5A inhibitor MK-5172 plus two doses of MK-8742, with (n=52) or without (n=13) ribavirin for 12 weeks. SVR rates at week 12 ranged from 89% to 100%. None of the patients discontinued treatment because of side effects. One patient who suffered a virologic relapse had HCV genotype 1a; he had an NS5A polymorphism in Y93N and a protease mutation in D168A/D, both of which were thought to play a role in the treatment failure.

The list of DAA regimens in development outlined in this article is not even exhaustive. And although clinicians are enthusiastic about the new drugs, they also realize that increased options will bring challenges, especially because there are no clinical trials comparing one new DAA regimen with another. The activity of the new DAAs is being compared to historical data.

“What we are seeing are new Phase III trials that are going to be producing approved drugs that have never been compared with any other regimens,” said David Nelson, MD, vice president for research, University of Florida, Gainesville. “It is fantastic to move those drugs forward, but when we try to understand how those regimens will compare with each other in populations, it will be years before we have that type of data.”

Dr. Nelson pointed out that there are many new regimens for HCV genotype 1 that have similar SVR rates. He believes that most clinicians will make decisions based on data from Phase II and Phase IV studies, the cohort and case–control studies using drugs in special populations.

“We will have a lot of data like that and, of course, we will see a lot of case series and guidelines and opinions, based on a lower level of evidence. The highest standard of evidence will be limited, which will really challenge us to select the best regimen.”

“In general, when you look at an antiviral drug, you need think about its resistance profile, whether it’s pan-genotypic, how potent it is, the adverse-event profile and the drug–drug interaction profile,” Dr. Poordad said.

For many of the new DAAs, clinicians will not be able to rely on traditional baseline predictors of response.

“From AVIATOR, we learned that some of our previously learned baseline predictors do not hold true. Things such as subtype, high viral load, degree of fibrosis excluding cirrhosis and IL28B[interleukin-28 B] status did not seem to affect the efficacy, even in this null-responder population,” Dr. Poordad noted. “I think the good news is that cirrhotics, even cirrhotic nulls, can achieve very high SVR rates with these oral agents. The caveat is the numbers are all small.”

Dr. Nelson agreed: “We, unfortunately, still see very small numbers of cirrhotics in most registration trials, so we need to be careful about extrapolating data on limited patients to broad real-world representation.”

According to Dr. Sulkowski, the new DAAs might change current notions about HCV resistance to these drugs. This concept is supported by a single patient in the LONESTAR trial who was treated for eight weeks with sofosbuvir plus ledipasvir and then relapsed after treatment. At the time of relapse, the patient’s viral quasi-species included variants with mutations conferring decreased susceptibility to both sofosbuvir and ledipasvir. The key features of this patient’s case, Dr. Sulkowski said, were the presence of the S282T mutation, which has been rarely seen in patients treated to date, and what happened next with retreatment: When clinicians initiated a second round of treatment with the same drugs, sofosbuvir and ledipisvir, plus the addition of ribavirin, the patient had robust and rapid viral suppression, and following a longer course of therapy (24 weeks), achieved SVR.

“Clearly, we need to learn more about retreatment of DAA failures, and that is one of our next challenges,” said Dr. Sulkowski. “This single case report may redefine how we think about treatment failures.”

What will definitely be redefined is the patient experience.

“The difference between these new DAA regimens and IFN and ribavirin is the difference between night and day,” said Dr. Balart. “The side-effect profile is so much better. These patients don’t get the systemic malaise, where they feel like they have the flu every day. We have had patients who have been sick from something else, such as an appendectomy, that had nothing to do with DAAs, and they were able to continue therapy.”

With the side-effect profile and the shortened treatment time, 12 weeks in the majority of studies, the new regimens are a homerun, according to Dr. Balart.

Which combinations ultimately get used in clinical practice will be influenced by which drugs get to market first.

“Whichever drugs are first to market always have an advantage, because physicians become familiar with them first,” Dr. Balart said. “However, given enough time, others will eventually catch up and become part of the available armamentarium, much like what has happened in the HIV treatment arena.”

Dr. Sulkowski has received consulting fees from Abbott, Bristol-Myers Squibb, Gilead Sciences, Janssen, Merck & Co. and Vertex Pharmaceuticals. Dr. Balart has received research grant support from AbbVie, Bayer, Boehringer Ingelheim, Genentech, Genfit, GI Dynamics, Gilead, Janssen, Merck, Ocera, Salix Pharmaceuticals and Takeda Pharmaceutical; he has been involved with the advisory boards of AbbVie, Gilead, Janssen and Merck; and he has been on the speakers’ bureaus of Boehringer Ingelheim, Janssen, Merck and Salix. Dr. Poordad is a speaker for Gilead; he has received grant/research support from all of the companies mentioned in this article, except for AbbVie; and he is a consultant for Abbott, Achillion, Anadys, Inhibitex, Merck, Novartis, Pfizer, Pharmasset, Theravance and Tibotec. Dr. Nelson has received grant/research support from AbbVie, Boehringer Ingelheim, Bristol-Myers Squibb, Genentech-Roche, Gilead, Merck and Vertex, and has served on the advisory committee/review panel for AbbVie, Gilead, Merck and Vertex.

Posted by Hepatitis C Research and News at 10:16 PM