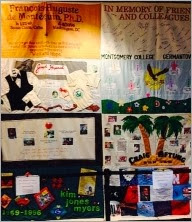 December 1 is World AIDS Day. At NIDA, we always stress the principle that drug abuse treatment is AIDS prevention, because of the close links that exist between drug abuse and the spread of HIV.  Injection drug use alone contributed to more than 7% of new infections in 2011, although the population of people who use drugs by any route who are also HIV-positive is much higher. Drug use goes hand-in-hand with various behaviors besides needle-sharing that place individuals at risk for HIV infection, such as unprotected sex.

A new study  by researchers in Vancouver, British Columbia shows that, beyond the benefits of drug addiction treatment in HIV prevention, it also supports HIV treatment. Drug users face numerous unique challenges that contribute to poorer outcomes from HIV infection. The Canadian study found that, in the absence of financial and other barriers preventing access to antiretroviral therapy (ART) regimens, opioid-dependent individuals engaged in methadone maintenance therapy (MMT) were less likely to discontinue ART than those not engaged in MMT and were more likely to achieve suppressed viral loads.

This study shows that investment in drug treatment improves a crucial step in the HIV Care Continuum: helping people stay in care—since HIV treatment is a lifelong process until a cure is found. By treating drug dependence, a person is benefiting not only from a lifestyle free of illicit drug use but from one that is less compromised by HIV because remaining on ART will be more likely. The benefits of delivering addiction treatment to HIV-positive drug users could also extend to the community, by reducing the likelihood of HIV transmission to others.

We have done much to reduce the spread of HIV, but there are still approximately 50,000 new HIV infections each year, and at the end of 2010, an estimated 872,990 people in the United States were living with an HIV diagnosis. World AIDS Day is an occasion to renew our commitment to reducing the scourge of AIDS and curbing the spread of HIV. The Canadian study is a reminder that drug addiction treatment is an intrinsic part of those goals.

Posted by Hepatitis C Research and News at 3:15 PM