Two new therapies awaiting FDA approval for the treatment of hepatitis C come with a cure rate as high as 90 percent. 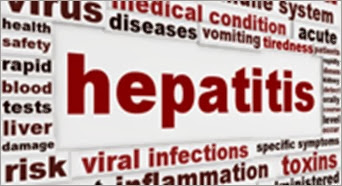 As many as 3.2 million Americans are infected with the hepatitis C virus, and a bevy of new treatments are on the horizon that promise to kill the infection for good.

Simeprevir from Johnson & Johnson and sofosbuvir from Gilead Sciences are two new therapies expected to come on the market soon and are being hailed as the first cure for a viral disease. The drugs work by preventing the virus from reproducing in the body.

Unlike current therapies, these new oral medication combinations require only a 12-week course and have a higher rate of success with fewer side effects. The most widely used injectable treatment currently on the market, interferon, has unwanted side effects, including fatigue, nausea, and depression.

A major hurdle in treating hepatitis C is that many people are unaware they have it. The disease rarely shows symptoms early on but can slowly destroy a person’s liver over decades. Often, people with hepatitis C don’t know they’re infected until cirrhosis or liver cancer develops.

The U.S. Centers for Disease Control (CDC) now recommends that all baby boomers, or those born between 1945 and 1965, get tested, because they account for 75 percent of all hepatitis infections in the U.S. They say one-time testing of all baby boomers would discover 800,000 undiagnosed cases, resulting in 120,000 lives saved.

A phase II study found that a combination of sofosbuvir and simeprevir cleared the virus in 90 percent of the 197 participants with hepatitis C. Patients in the study had not responded to interferon, the current standard of treatment, or had advanced liver problems because of the virus.

There were some side effects: during the 12-week treatment course, about 25 percent of patients who were given simeprevir developed a rash, and another five percent developed sunburn.

In a phase III trial for simeprevir, 80 percent of the 393 patients with genotype 1 hepatitis C—which accounts for 70 percent of all hepatitis C cases in the U.S.—were cleared of the virus after 12 weeks of therapy. The drug was administered once daily along with long-acting interferon and ribavirin, another antiviral medication.

The cost of these new treatments has yet to be determined, but one estimate by academics at Liverpool University puts the cost at $68 to $136 for a 12-week course.

Another Treatment on the Horizon

A combination of two of their new drugs, daclatasvir and asunaprevir, cured 85 percent of the 220 genotype 1 patients participating in a phase II trial conducted at Hiroshima University in Japan. Like the other therapies, the Bristol-Myers treatment lasted for 12 weeks.

Posted by Hepatitis C Research and News at 5:03 PM