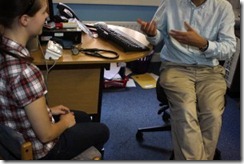 Individuals who have received a positive lab test for hepatitis C have a very high risk of experiencing liver problems, as there is currently no cure for the condition. However, a new study out of the University of North Carolina at Chapel Hill may help explain why the infection is so difficult to eliminate and points to the possibility of a new treatment .

Findings from the investigation may play a role in the development of new medications that make it more difficult for the virus to replicate itself. The researchers said there is already an experimental drug in development that binds to microRNA-122, thereby preventing the virus from using it for its own purposes.
Given the high rates of the disease and significant burden of liver problems among those infected, the new medication could represent a major advance.

Posted by Hepatitis C Research and News at 4:19 PM