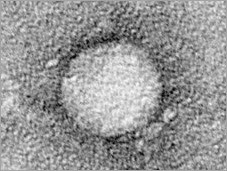 Now that wealthy nations have a simple pill regimen that can cure hepatitis C, calls are mounting from representatives of poor nations for the same drugs.

In December, the Food and Drug Administration approved sofosbuvir, from Gilead Sciences. Under the brand name Sovaldi in the United States, it is expected to cost $84,000 per treatment. Four other companies are developing similar pills expected to reach the market in the next three years, with similarly high price tags.

Worldwide, at least 150 million people — nearly five times the number with H.I.V. — are believed to have hepatitis C, which can cause liver damage and cancer.

The Access Campaign of Doctors Without Borders has estimated that cocktails of sofosbuvir and similar drugs can be made for $250 or less, and it is lobbying to make that possible, said Rohit Malpani, the campaign’s policy chief.

It will ask the World Health Organization to put sofosbuvir on its list of drugs the agency tests for countries too poor to have their own drug regulatory agencies.

It is opposing Gilead’s patent application for sofosbuvir in India. Gilead, meanwhile, hopes to license Indian drug companies to make a $2,000-per-treatment version.

The campaign also plans to ask the three top funders of the war on AIDS — the Global Fund to Fight AIDS, Tuberculosis and Malaria; the President’s Emergency Plan for AIDS Relief; and Unitaid — to agree to pay for hepatitis drugs too if the prices become affordable, which will let Doctors Without Borders start pilot treatment projects in several countries.

Posted by Hepatitis C Research and News at 6:39 PM