Study discovers new regulators of the most prevalent liver disease 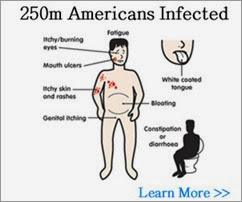 Excessive alcohol consumption, as well as obesity leads to the accumulation of fat in the liver, a disease termed fatty liver disease (FLD) or steatosis. FLD is one of the most prevalent diseases in Western societies and affects about 30% of the adult population. Importantly, FLD increases the risk of liver failure, diabetes and cancer and no pharmacological therapies exist for this detrimental disease.

The Genes, Development and Disease research team led by Erwin Wagner, head of the BBVA Foundation-Spanish National Cancer Research Centre (CNIO) Cancer Cell Biology Programme, in collaboration with Johan Auwerx from the EPFL in Lausanne, have discovered novel factors, the AP-1 proteins, which are critically involved in FLD pathogenesis. These results are featured on the cover of the latest issue of Cell Metabolism, the leading journal in the field of metabolism.

The CNIO team found that the AP-1 gene Fra-1 is reduced in the liver of obese mice. To study the functional contribution of these proteins to fat metabolism in the liver, researchers used transgenic mice with increased or decreased AP-1 expression in the liver.

Strikingly, increased expression of some of these genes, such as Fra-1 or Fra-2, in the liver of mice completely prevented the accumulation of fat and FLD. "In humans, unhealthy diet is the main cause of FLD. Therefore, we used a fat-rich diet to induce obesity and FLD in mice. When we switched on Fra-1 in the liver, all the fat disappeared, the effect was stunning", states first author Sebastian Hasenfuss. In addition, Fra-1 also prevented inflammation and liver damage in obese mice.

The CNIO researchers describe the mechanism underlying the effect of AP-1 proteins on fat metabolism. "AP-1 proteins are master regulators of fat metabolism", explains corresponding author Erwin Wagner. He adds that "these proteins control how the liver takes up fat from the blood stream."

Interestingly, the AP-1 proteins c-Fos or JunD, which are related to the Fra proteins, had the opposite effect on fat metabolism in the liver. The CNIO research team proposes that the imbalance between the different AP-1 proteins represents a key step in FLD pathogenesis.

Posted by Hepatitis C Research and News at 7:03 PM