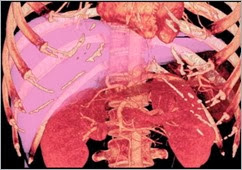 Researchers at the University of Cordoba (Spain) have developed a system that measures compatibility between donors and the most serious receivers in liver transplants. This is a mathematical method that includes the experience of almost 1,500 donations registered in transplant units in Spain and the United Kingdom.

The allocation criteria for organs in Spain, the worldwide transplant leader and example, are set according to territorial and clinical aspects that guarantee altruism in donations and equality of access. Nevertheless, there are still some aspects of the allocation of organs that could be improved, according to a study by researchers in the University of Cordoba.

In the case of liver transplants, the properties of the owner such as the blood group -which must match that of the receiver- as well as the seriousness of the patient, measured with the so-called Model for End Stage Liver Disease (MELD), are taken into account. The result is a number obtained from the patient's bilirubin, creatinine and prothrombin time figures that serve to prioritise the waiting list according to the risk of mortality in the following three months.

"In this donor/receiver assessment, other variables that would optimise the compatibility between them and that could be a decisive factor in the results of the transplant are not assessed," explained María Pérez Ortiz, one of the authors. "We therefore propose an improvement that favours the principles of justice for the receiver and of utility of the transplant, matches the waiting times to the mortality risk on the active list and improves survival."

Specifically, the team, comprising researchers in the University and Reina Sofía Hospital in Cordoba, has developed an allocation model that would allocate each organ to each of the most serious receivers from whom the one with the maximum survival probability is chosen. The details are published in the journal Applied Soft Computing.

"This system respects the principle of urgency required by the MELD model and discriminates between receivers on a waiting list who theoretically would have a better prognosis but who, transplanted with a specific liver, would benefit from a better survival," explain the researchers, adding, "The interactions set up in the transplant procedure are more complex than those arising simply from matching a good donor with a very serious receiver."

Automated learning techniques have been used to create the model, an area of computing that imitates the brain when it comes to learning from experience and from known data. In fact, the application is based on 38 variables (age, gender, body mass index, existence of diabetes, arterial hypertension, etc.) taken from almost 1,500 donor/receiver pairs in seven Spanish transplant units and one in King's College Hospital, London.

Together with the survival time of the transplanted liver, these variables serve to train the model which is then used to match donor/receiver pairs with a given survival time, specifically, whether the transplant survives for 15 days after the operation, for three months, for a year or more, so that it is very useful to assess the suitability of the allocations made.

According to data published this week by the Ministry of Health, Social Services and Equality, 1,093 liver transplants were carried out in 2013 in Spain, where the historic series adds up to almost 22,000.

Posted by Hepatitis C Research and News at 11:38 PM