New Hepatitis C cure: Should Egyptians breathe a sigh of relief just yet? 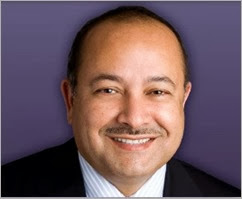 Millions of Egyptians suffer from genotype 4 Hepatitis C but new drugs scheduled to hit the market over the next two years have been making national headlines and giving patients hope. Daily News Egypt sat down with Dr Tarek Hassanein, an Egyptian doctor at the University of California San Diego who has contributed to the research behind one of the new drugs, to tell us what Egyptians can expect in the coming years.

Dr Hassanein said that in 2004, scientists discovered more about the structure of the virus and took a new approach, “instead of stopping the virus in one step, stop it in two or three. We have been able to identify the enzymes responsible for the virus’ reproduction and target them.”

Dr Hassanein’s main contribution to the research came in the second phase of the development of the drug Sofosbuvir, when he was working with Pharmasset under Gilead Pharmaceuticals.

“They started testing on Hepatitis types 1, 4, 5, and 6. We found that the cure was 96% effective on type 4, which is most common here in Egypt. There is also another drug from Johnson and Johnson that has gotten FDA approval. Both drugs received FDA approval last December.”

One issue is that both drugs are very expensive. Gilead’s option costs $90,000 for a treatment that lasts three months and does not require injections, while Johnson and Johnson’s new drug costs a more affordable $66,000 but includes injections and needs to be taken for 6 months.

Dr Hassanein said there are many more drugs in the pipeline, “there is another drug scheduled for release in four months and the aim is to move beyond Interferon as the standard treatment by the end of 2014. Next year will see the release of three more drugs which makes a total of five different treatment options available and in 2015 two more are expected bringing the total up to seven new drugs to fight Hepatitis.  All these drugs track the virus differently and this plethora of options means more competition and less expensive drugs.”

Though many Egyptians are anxious to get their hands on the new drugs, Dr Hassanein said people must be patient, “Hepatitis C is chronic and takes 30, 40 or even 50 years before it becomes a cause of death. It is possible, with complications, for it to take only 10 to 15 years but even in these cases by then options will be available for patients.”

For those who are already at a critical stage Dr Hassanein said the new drugs may be unhelpful, “for example, patients with liver failure cannot handle Ribavirin or Interferon so these drugs will not work for them. Anyone in need of a liver transplant will likely have too much damage in their liver for the drugs to work.”

In less critical cases, however, Dr Hassanein said the drugs can reverse the damage done to the liver in five to seven years, provided that patients do not develop complications and avoid weight gain, drinking, smoking and other triggers. “Egyptian patients in particular need to stop taking medicine that has no basis in science. There are herbs advertised to ‘stimulate’ the liver that actually harm it. The rate of re-infection in Egypt is also unusually high. We need higher standards of cleanliness and sterilisation,” said Dr Hassanein.

Dr Hassanein stressed the importance of developing a system where Egypt can take part in the research and development of new drugs. He said the lack of a proper system was the main obstacle to cooperation of research and development with the government. “We were told that Egypt does not have the legal and scientific systems required to develop this drug here. This is partly why Egyptian patients were so concerned with human testing. They do not trust the system in place. In the US, patients sometimes offer to test new drugs because they know they are better protected and that the rules of the FDA are the international standard.”

Finally Dr Hassanein said that for the drug to be affordably available in Egypt, it should not be available only through the Ministry of Health for a special price but through multiple channels for everyone at the same price, “otherwise it will be too expensive, especially since the Ministry of Health cannot treat the required number each year. They have 23 centres in which they say 30,000 people receive treatment but in order to be effective they would need six times this amount.”

Affordable or not, by 2015 the global market will have at least seven new and different treatment options for patients with Hepatitis C, in all of its genotypes. And while Egyptian patients should be weary of expecting miracles, this cannot be but good news for the millions suffering in the country today.

Posted by Hepatitis C Research and News at 8:16 AM