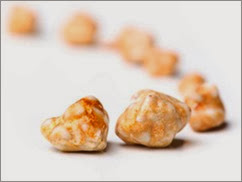 Compared with control treatments, risk for gallstones was significantly reduced among patients who received daily supplements of ursodeoxycholic acid (RR 0.33, 95% CI 0.18-0.60), according to Frank Lammert, MD, of Saarland University Hospital in Homburg, Germany, and colleagues.

There was also a significant reduction in gallstone formation in patients who consumed a high-fat diet versus a low-fat diet (RR 0.09, 95% CI 0.01-0.61), they wrote online in the journal Clinical Gastroenterology and Hepatology.

A study printed in the journal Hepatologyin July 2013 showed a causal relationship between high body mass index (BMI) and gallstones, particularly among women.

Similar findings were reported in the Journal of Pediatric Gastroenterology and Nutrition in August 2012 among overweight or obese children and teens; those who were moderately obese had more than four-fold risks for gallbladder disease compared with normal-weight pediatric patients.

The authors noted that these risks were also present in patients who underwent rapid weight loss or who underwent weight cycling.

Low- versus high-fat diets were examined in two studies, which included groups receiving 3 g versus 12.2 g of fat, and 2 g versus 30 g of fat, each in daily quantities. Participants in the remaining 11 studies received 300 to 1,200 mg daily of ursodeoxycholic acid at a median 750 mg per day.

Participants were treated from 6 weeks to 18 months and were followed up with for 6 weeks to 24 months.

In studies comparing high- versus low-fat diets, no patients in the high-fat groups developed gallstones, compared with 45% of control patients. There was no significant difference in weight lost. Quality of life was not assessed. Bile lithogenicity did not differ significantly between the two studies.

There were no adverse events reported with the high- versus low-fat diet studies.

The authors noted that the small number of identified trials and low sample sizes in each trial limited their study. In addition, high risk of attrition bias may have also limited outcomes. The research was limited by an inability to perform a meta-analysis of other interventions that reduce cholesterol precipitation in bile.

The authors received support from the Falk Foundation and Merck.

Posted by Hepatitis C Research and News at 3:25 PM