No matter how good or bad of a year the stock market ultimately has, there are always positive takeaways and innovations that will stand head and shoulders above the rest.

As a health-care contributor, I'm privy to some of the most exciting research going on in life sciences and in improving patient quality of life. As you might imagine, that means there are an almost immeasurable number of new drug candidates being studied each year -- and to some extent it can even be difficult just to keep track of all the new Food and Drug Administration approvals year in, year out. Needless to say, 2013 didn't disappoint. 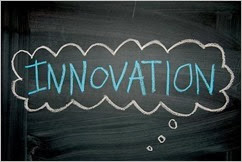 The way I see it, 2013 ushered in five never-before-seen "firsts" for the health-care sector. As you know, our co-founders, David and Tom Gardner, love revolutionary companies and innovative ideas, as they tend to lend investors the greatest opportunity to profit over the long term.

Although there are literally dozens of examples to choose from, here are what I consider to be 2013's most notable health-care firsts.

1. FDA approves first oral, interferon-free hepatitis-C pill for genotype 2 and 3 patients.
There were literally a mountain of new FDA approvals that could have found their way onto this list, but I find nothing more exciting than Friday's approval of Gilead Sciences Sovaldi (previously sofosbuvir) for the treatment of hepatitis-C, genotypes 1 through 4.

Sovaldi is a pill that, like its predecessors, is administered in conjunction with interferon and a ribavirin to treat the most common form of hepatitis-C, genotype 1, as well as genotype 4. However, it was also approved to treat genotype 2 and 3 without the need for interferon, which, if you recall, has the potential to deliver to the patient unwelcome flu-like symptoms. It's the first time an oral hepatitis-C drug has been approved that is interferon-free, and not surprisingly, sales forecasts for next year are already streaming in at $1.9 billion (with a "B"), giving it a shot at perhaps taking the title of most successful drug launch in history away from Vertex Pharmaceuticals.

2. FDA approves first breakthrough therapy-designated drug.
Last year, in one of the biggest shakeups to the FDA in quite some time, the Food and Drug Administration Safety and Innovation Act was signed into law, allowing the FDA, for the first time ever, to designate experimental drugs as "breakthrough therapies." This designation was designed to be placed on therapies that demonstrate preliminary clinical evidence that led to a "substantial improvement on at least one clinically significant endpoint over [an] available therapy." In other words, the BTD designation was designed to help shuffle game-changing drugs more quickly through the development and review process and allow these companies to submit their new drug applications following early or mid-stage data in some cases.

This year, we saw our very first BTD drug getting approved in Roche's Gazyva. The drug, which is administered in combination with chlorambucil, is targeted at treatment-naive chronic lymphocytic leukemia (CLL) patients. Gazyva's approval was based on a 356-patient study, where it, in combination with chlorambucil, delivered an average progression-free survival of 23 months, compared with just 11.1 months for the chlorambucil arm in trials. Peak sales expectations for the drug, according to FierceBiotech, range between $1.5 billion and $2.5 billion. 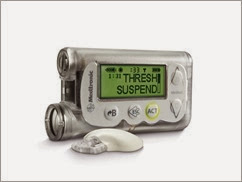 3. FDA approves first artificial pancreas system for diabetics.
As you can imagine, there are an equally impressive number of medical devices that are approved each year, but none stood taller in my book than Medtronic's approval of its MiniMed 530G as a glucose-control treatment for diabetics.

This device is essentially an artificial pancreas for diabetic patients that's capable of injecting insulin into the body as needed, but also uses a sensor that will shut the insulin pump off for two hours if a patients' blood sugar falls below preset levels. Theoretically, this would mean less worrying for the patient about the potential for hypoglycemia, less need to remember when to inject with insulin, and more ability for patients to instead focus on managing their eating and exercise habits and get back to enjoying their life!

Admittedly, Medtronic isn't known for its diabetes business, but this first-in-class product has a chance to reinvigorate its stagnant diabetic division and forge ahead of its competition.

4. FDA rejects tobacco products for the first time.
It may seem rare nowadays that Congress agrees on anything, but in 2009 they did just that by passing a law that President Obama signed allowing the FDA to regulate certain aspects of the tobacco industry. While the FDA isn't allowed to ban nicotine, it is allowed to ban select chemicals in cigarettes and set product standards that tobacco producers have to follow if they want their product to make it to market. This year saw the FDA step in for the first time since this bill was signed into law in June 2009 and reject four tobacco products.

According to a New York Times report in late June, the FDA accepted two new versions of Newport cigarettes made by Lorillard but rejected four other brands that are, by law, left unnamed. This represents the first time in history that the FDA has stepped in and forbade the sale of a tobacco-product based on the negative health effects it could have on consumers. I suspect we're going to continue to see increasingly more stringent regulations on the tobacco industry in the coming years and would certainly suggest investors who want to take advantage of this sector look overseas for their best opportunities.

5. First time consumers can compare health insurance plans in a transparent marketplace.
The Patient Protection and Affordable Care Act, perhaps known better by its slang term, Obamacare, may not be the most popular of all laws, but it did do one thing for consumers that's never been done before: It created a transparent and open marketplace platform for the entire country to shop for health insurance.

Before Obamacare, insurers would be able to price their health insurance policies however they'd like because it was practically impossible for John and Jane Q. Public to get a comparable quote on a similar policy with another insurer. With the exception of eHealth, which currently has a tad over 1 million members and a select number of smaller private exchange platforms, this option just didn't exist. I would expect this open platform setting to really benefit insurers that offer policies on the lower end of the price spectrum, such as Centene . Perhaps I'm a bit biased, given that I signed up for a Centene-owned plan in my home state, but I believe price is going to play an important factor for a number of Americans in the upcoming year when selecting a health insurance plan, and Centene specifically targets that lower-income and/or cost-conscious bracket.

Do you still have Obamacare questions? Let us help!
Obamacare seems complex, but it doesn't have to be. In only minutes, you can learn the critical facts you need to know in a special free report called "Everything You Need to Know About Obamacare." But don't hesitate, because it's not often that we release a free guide containing this much information and money-making advice. Please click here to access your free copy.

The article 5 Incredible Health-Care "Firsts" in 2013 originally appeared on Fool.com.

Comcast’s $2.2 Trillion Nightmare
Imagine what cable companies would do if everyone stopped watching...
Well, after some number-crunching, The Motley Fool determined that industry big wigs like Comcast would lose $2.2 trillion! And tech moguls like Apple and Google are convinced that Comcast’s nightmare scenario is approaching faster than you think...
Experts are calling it "The Death of Cable TV." All because 3 little-known companies could allow 99% of Americans to drop their cable bills - and bankrupt Comcast - by 2014!

Fool contributor Sean Williams has no material interest in any companies mentioned in this article. You can follow him on CAPS under the screen name TMFUltraLong, track every pick he makes under the screen name TrackUltraLong, and check him out on Twitter, where he goes by the handle @TMFUltraLong .The Motley Fool owns shares of Medtronic, and recommends Gilead Sciences and Vertex Pharmaceuticals. Try any of our Foolish newsletter services free for 30 days. We Fools don't all hold the same opinions, but we all believe thatconsidering a diverse range of insights makes us better investors. The Motley Fool has a disclosure policy.

Posted by Hepatitis C Research and News at 4:30 PM