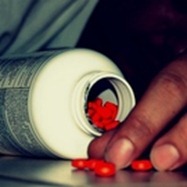 Provided by The Aids Beacon

Results from a recent study suggest that people with HIV whose antiretroviral regimen is taken as a single pill per day have better treatment adherence and a lower risk of hospitalization compared with people whose regimens consist of three or more pills per day.

“This study found that patients who receive [antiretroviral therapy] as a single pill per day are significantly more likely to be highly adherent to therapy. Furthermore, receiving a single pill per day was associated with a lower risk of hospitalization when compared with receiving multiple pills per day,” wrote the study authors.

“Although this study could not assess causality, it did show that receiving [antiretroviral therapy] as a single pill per day was associated with potential clinical and economic benefits,” they added.

According to the study investigators, high, sustained treatment adherence is necessary throughout a patient’s lifetime for optimal treatment outcomes. Studies in patients receiving older antiretroviral regimens suggest that an adherence rate of at least 95 percent is necessary to reduce risk of treatment failure, hospitalization, and death in people with HIV.

Previous studies have suggested that single-pill treatments improve adherence, with adherence levels of up to 98 percent. For example, in a study among homeless people, those receiving an antiretroviral regimen consisting of a single pill per day had lower amounts of HIV virus in their blood and a 26 percent increase in adherence compared with participants who received multi-pill per day regimens.

In this study, researchers sought to confirm whether fewer antiretroviral pills taken per day improve the adherence of people with HIV. They also evaluated how adherence and number of pills per day related to the likelihood of being hospitalized.

The average participant age was 45 years old, and about 80 percent were male.

Results also showed that participants were over 40 percent less likely to be hospitalized if they were adherent to therapy.

Among patients who received a single pill per day, 6.6 percent of those who achieved 95 percent adherence were hospitalized at least once, versus 11.4 percent of participants who were not as adherent.

For more information, please see the study in PLoS One.

Posted by Hepatitis C Research and News at 8:48 PM