FDA to revisit its policies on homeopathic products 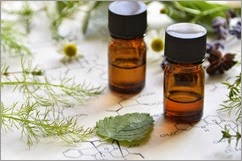 Homeopathic remedies, derived from plants, minerals and other substances, often are tailored to individual patients. (iStock)

Homeopathy has long been a magnet for controversy, earning a devoted following among patients who insist its remedies are safe and effective, while attracting criticism from many doctors and researchers who say its treatments offer no more help than a placebo.

After problems within the industry in recent years, the Food and Drug Administration says it wants to revisit how it oversees homeopathic products, which can be manufactured and marketed without prior approval from regulators.

Should the FDA regulate homeopathic remedies such as Cold-Eeze the same way it does over-the-counter drugs such as Advil? Should it hold products such as Zicam, which contains small amounts of zinc, to the same safety and efficacy standards that it requires for Tylenol?

Hundreds of public comments have poured in to the FDA ahead of two days of hearings that begin Monday. The agency said it wants more data to “better assess the risks and benefits” of homeopathic remedies, which have become a mainstay on modern pharmacy shelves, often sold alongside over-the-counter pharmaceutical drugs. Stores such as Whole Foods feature sections of homeopathic remedies aimed at treating conditions including allergies and heartburn.

The FDA has not made any decisions about whether to change how it approaches homeopathic products, said Cynthia Schnedar, director of the Office of Compliance at the FDA’s Center for Drug Evaluation and Research. “At this stage,” she said, “we are gathering information about whether to adjust our current enforcement policy.”

Last month, the agency warned consumers not to rely on over-the-counter asthma products labeled as homeopathic, saying they have not been evaluated for safety and effectiveness. In 2009, the FDA warned consumers to stop using several types of Zicam cold remedies after reports of more than 130 cases of people losing their sense of smell; the company issued a recall. The following year, Hyland’s Teething Tablets were recalled after reports of reactions in some children; the tablets later were reintroduced with a new formulation.

Homeopathic medicines have had the same legal status as regular pharmaceuticals since 1938, when then-New York Sen. Royal Copeland, who was a trained homeopath, helped shepherd a landmark food and drug law through Congress.

In the 1970s, lawmakers directed the FDA to review the safety and effectiveness of over-the-counter medications. But the agency deferred reviewing homeopathic treatments at the time and last evaluated its policies in 1988. It has allowed most prescription and non-prescription homeopathic products to go to market without prior approval.

Homeopathy traces its founding back two centuries to German doctor and chemist Samuel Hahnemann — whose statue, incidentally, has been in downtown Washington, east of Scott Circle, since 1900.

A key principle underpinning the practice of homeopathy is the notion that “like cures like,” or that substances that create certain symptoms in a healthy person can help to cure diseases with similar symptoms. Homeopathic remedies, derived from plants, minerals and other substances, often are tailored to individual patients. Many treatments are diluted to the point that there is little or no active ingredient remaining. The dilution, which homeopaths believe triggers an immune response in the body, has led skeptics to claim that the practice amounts to little more than selling water and wishful thinking.

The National Institutes of Health has said that there is “little evidence to support homeopathy as an effective treatment for any specific condition,” and that “several key concepts of homeopathy are inconsistent with fundamental concepts of chemistry and physics.”

Last month, Australia’s National Health and Medical Research Council concluded that “there are no health conditions for which there is reliable evidence that homeopathy is effective.” The organization found that there were “no good-quality, well-designed studies with enough participants” to determine whether such treatments were more effective than a placebo.

Edzard Ernst, an emeritus professor at the University of Exeter in England and an outspoken homeopathy critic, said in an e-mail, “There is an appalling amount of misinformation out there, targeted at the often naive consumer.”

He said that the FDA should require homeopathic products to meet the same standards as other medications. “This is a most dangerous situation, and has to be corrected in the interest of public safety,” he said.

Given such criticisms, the FDA’s decision to revisit the issue has worried advocates of homeopathy, who fear that any broad new regulations might unfairly cripple the industry.

“Obviously, people are alarmed and wondering what the FDA is up to,” said Jennifer Jacobs, who practiced homeopathy for 30 years and is now a clinical assistant professor of epidemiology at the University of Washington School of Public Health. “It seems to me that they have bigger fish to fry.”

Jacobs said that homeopathic remedies have a long history of overall safety, particularly when compared with the harmful side effects caused by many conventional drugs. In addition, she said, homeopathic remedies shouldn’t be dismissed merely because science lacks a clear explanation for why they have helped patients.

“It’s foolish to think we understand everything about physics and chemistry at this point in time,” Jacobs said. “Just because we don’t understand exactly how they work doesn’t mean we won’t be able to in the future.”

Ronald Whitmont, a homeopathic doctor in New York and president of the American Institute of Homeopathy, said his organization supports the FDA’s actions to crack down on poor manufacturing practices. “There are always bad apples in the manufacturing world, and they need to be policed just like in any other industry,” he said. “We are behind the FDA. Their concern is our concern.”

But he said he hopes the hearing doesn’t turn into a debate about the legitimacy of homeopathy itself, which has a long safety record and a growing list of ardent patients nearly two centuries after it began.

“Since homeopathy has been in existence, there have been detractors who said this couldn’t possibly work,” Whitmont said. “If it doesn’t work, why is it used worldwide by millions of people? Why isn’t it going away?”

Brady Dennis is a national reporter for The Washington Post, focusing on food and drug issues.

Posted by Hepatitis C Research and News at 10:21 AM